The referral is expected to intensify mounting partisan tensions spurred by the main opposition Liberty Korea Party's threat to launch a prolonged speech to deter a parliamentary vote.

The LKP decided Friday to filibuster over 199 bills until the end of the parliamentary regular session as it is determined to prevent votes on the fast track legislation, including an electoral reform bill.

The ruling party proposed holding a plenary session to handle several bills linked to people's lives whose vote was suspended last week due to the LKP's filing for a filibuster.

"We call on the LKP to withdraw the filibuster bid," DP floor leader Lee In-young said at a party meeting. "We will wait for its answer by the evening. This is our last proposal."

The DP eyes the passage of the government's 2020 budget bill by the end of the regular session. A vote on a budget bill cannot be halted with the use of a filibuster. 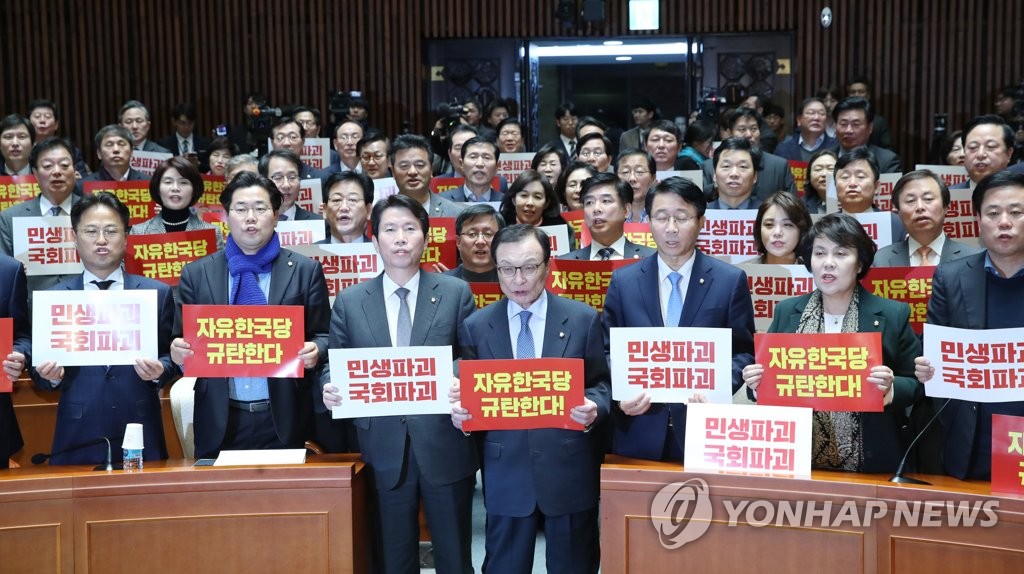