Outstanding lending by insurance firms totaled 229.3 trillion won (US$193 billion) as of Sept. 30, compared with 219.1 trillion won during the same period of last year, according to the data released by the Financial Supervisory Service (FSS).

Loans extended to households edged up 0.5 percent on-year to 120.4 trillion won, while their corporate lending increased 9.6 percent to 108.3 trillion won. 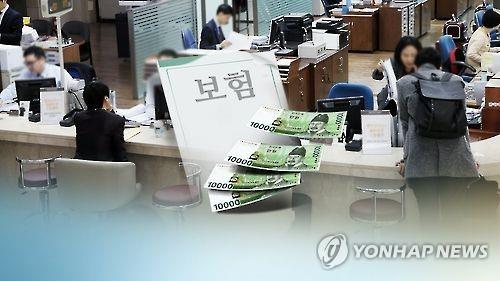 Loans for real estate project financing jumped 13.8 percent to 25.6 trillion won at the end of September.

The overall loan default rate -- which measures loans whose interest and principal payments are overdue by one month or more -- came to 0.31 percent at the end of September, up from 0.29 percent during the same period of last year.

Loans by insurance firms up 4.6 pct in Sept.

Loans by insurance firms up 4.6 pct in Sept.