Effective from this past Sunday and slated to last through March, preliminary measures include restricting high-emission cars, mostly aged diesel-fueled ones, from running on the roads of downtown Seoul. Vehicles with odd- and even-numbered license plates are required to drive on alternate days at public agencies. 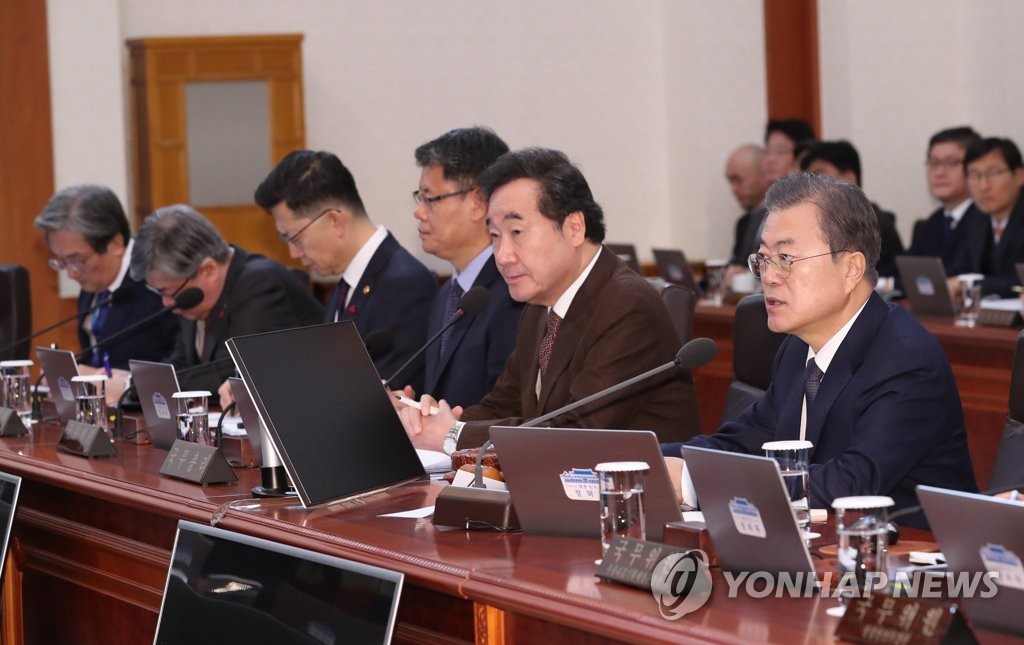 Seoul Mayor Park Won-soon, Gyeonggi Gov. Lee Jae-myung and Incheon Mayor Park Nam-chun joined the Cheong Wa Dae meeting. The president has emphasized the importance of teamwork among central and local governments in dealing with the fine dust problem, which has plagued South Korea, especially in winter and spring.

Seoul mayors have long attended Cabinet meetings, but it's the first time for a Gyeonggi governor and an Incheon mayor to be present at the session.

"Our government has begun to manage fine dust as a national agenda, including putting the fine dust (issue) into (the category) of social disaster," Moon said.

It has enacted a special law on fine dust, established by the National Council on Climate and Air Quality, and sharply raised related budgets, while strengthening environmental cooperation with China, he added. 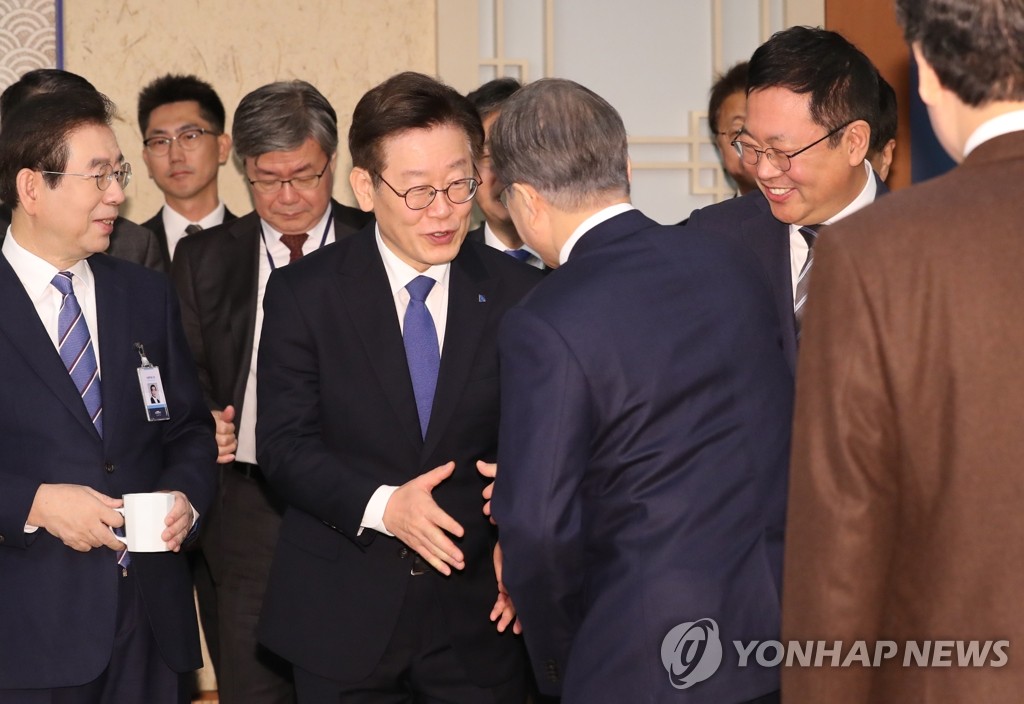 The president also hailed new legislation on changing the job status of all firefighters nationwide to that of national civil servants.

It was promulgated Tuesday before taking effect in April next year.

According to official data, only 630, or 1.2 percent, of the 52,245 firefighters across the country belonged to the central government as of 2018, while the rest were hired by local fire agencies that are supervised by local authorities.

Moon said the transformation of their job status would lead to a "big improvement" in their services and the strengthening of the national disaster response system.

"At the start of its launch, our government upgraded the National Fire Agency to an independent organization. Taking another step forward, the government now assigns the role of control tower in dealing with large disasters to it," Moon said.