The three choppers made a farewell flight during a ceremony held at the southwestern port city of Mokpo to mark their retirement, according to the Navy.

South Korea first received Alouette-III choppers in 1977 and brought in a total of 12 units until 1979, which since have served such diverse roles as reconnaissance and evacuation. In August 1983, one Alouette chopper was involved in a successful operation of sinking a North Korean spy vessel that infiltrated into the South's waters in the East Sea.

As the Navy expanded its capabilities by fielding the new multi-role plane Lynx from the early 1990s, the Alouettes were diverted to education and training missions and began to be retired in phases in 2006.

Until last month when the three carried out their last official missions, the 12 Alouettes flew a total of 14.44 million kilometers for 73,545 hours, according to the Navy.

"As our Navy's first choppers for naval operations capable of carrying out anti-submarine operations, the Alouettes have played a key role in protecting our maritime sovereignty and the cultivation of naval pilots," Capt. Cho Ho-jin said. 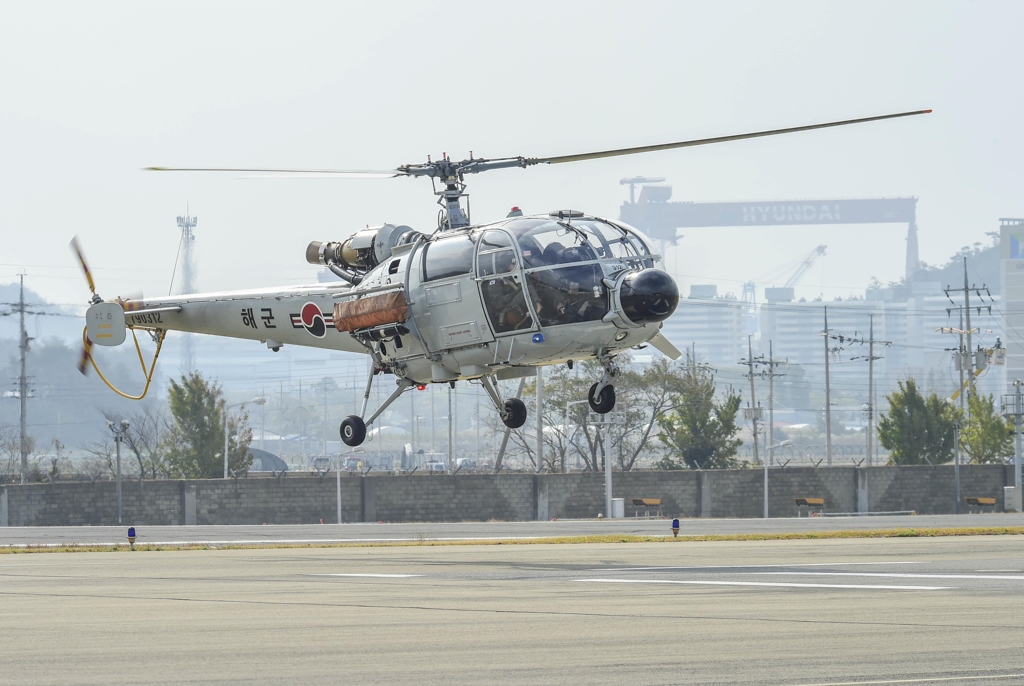