Sephora's second shop landed in Myeongdong, known as a cosmetics mecca, following its first shop that debuted in the posh district of Gangnam in October. 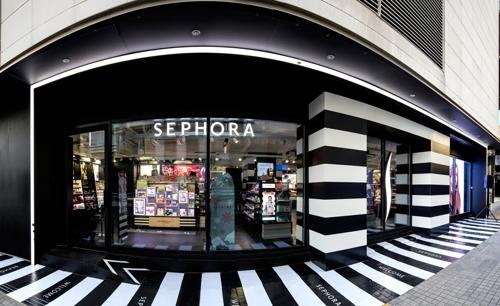 Sephora said it will target foreign travelers, especially Chinese, in partnership with Lotte Department Store by featuring hundreds of cosmetics, skincare, body and fragrance brands along with its own private label.

The company plans to open a third store in Sinchon, a hip university neighborhood, with a goal of opening 14 outlets in the nation by 2022.