The main index opened lower, tracking losses on Wall Street, as China said Monday it will suspend U.S. military ship and aircraft visits to Hong Kong in retaliation for passage of a U.S. law supporting protestors in the semi-autonomous territory, analysts said.

"Investors have stuck to hopes of a mini deal between Washington and Beijing by Dec. 15, when the U.S. is scheduled to impose tariffs on $160 billion worth of Chinese products. But the recent flare-up of political unrest in Hong Kong could affect that progress," NH Securities Co. analyst Noh Dong-kil said.

"If the U.S. imposes the planned tariffs on Chinese goods in mid-December, Asian stock markets will be hit further due to declines in their trade with the two major partners," Noh said.

Institutions and individuals bought a combined 244 billion won worth of stocks, keeping the KOSPI from falling further.

The foreign selling binge continued for a 19th straight session, with a net 271 billion won being sold on Tuesday.

Bond prices, which move inversely to yields, closed lower. The yield on three-year Treasurys rose 3.5 basis points to 1.460 percent, and the return on the benchmark five-year government bond climbed 3.1 basis points to 1.553 percent. 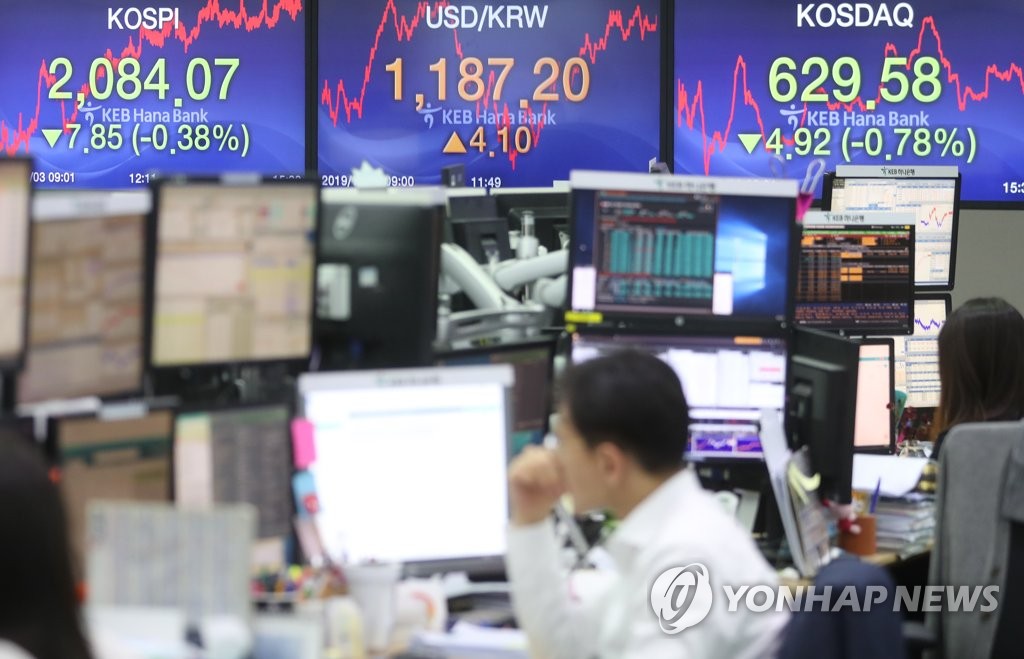