"Despite our government's diverse efforts for new inter-Korean relations for peace and prosperity, North Korea has heightened military tensions by test-firing ballistic missiles and others," minister Jeong Kyeong-doo said in his address ahead of a seminar on defense and security policy held in Seoul.

He also pointed to Pyongyang's violation of the inter-Korean military agreement signed in September last year by conducting artillery drills on the border islet of Changrin in the Yellow Sea last month.

"Security circumstances surrounding the Korean Peninsula have been changing dynamically," Jeong stated, adding that the military has "maintained a staunch, omnidirectional defense posture and 'mighty power' to support the government's peace process and the North's denuclearization going forward."

Amid stalled denuclearization negotiations with the United States, North Korea has conducted a total of 13 rounds of major weapons tests so far this year. It has also pressured Washington to come up with new solutions to break the deadlock before the year-end deadline its leader Kim Jong-un earlier set. 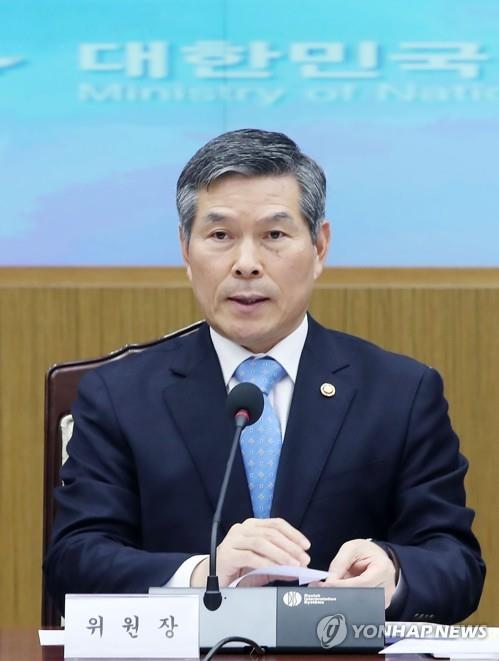