SEOUL, Dec. 3 (Yonhap) -- The mountain just behind the presidential compound will be fully opened to the public in stages before mid-2022, more than a half century after it became off-limits to the public for security reasons, Cheong Wa Dae said Tuesday.

It means citizens will be able to walk across the 1.1 million-square-meter Mount Bukak, 4.8 times bigger than Yeouido in western Seoul.

The region had been off limits to the public since the so-called Jan. 21 incident in 1968. At the time, 31 North Korean commandos sneaked onto the 342-meter-high mountain and approached the presidential office Cheong Wa Dae in an apparent attempt to assassinate then-President Park Chun-hee. After two weeks of skirmishes around the mountain, all the intruders, except two, were killed. 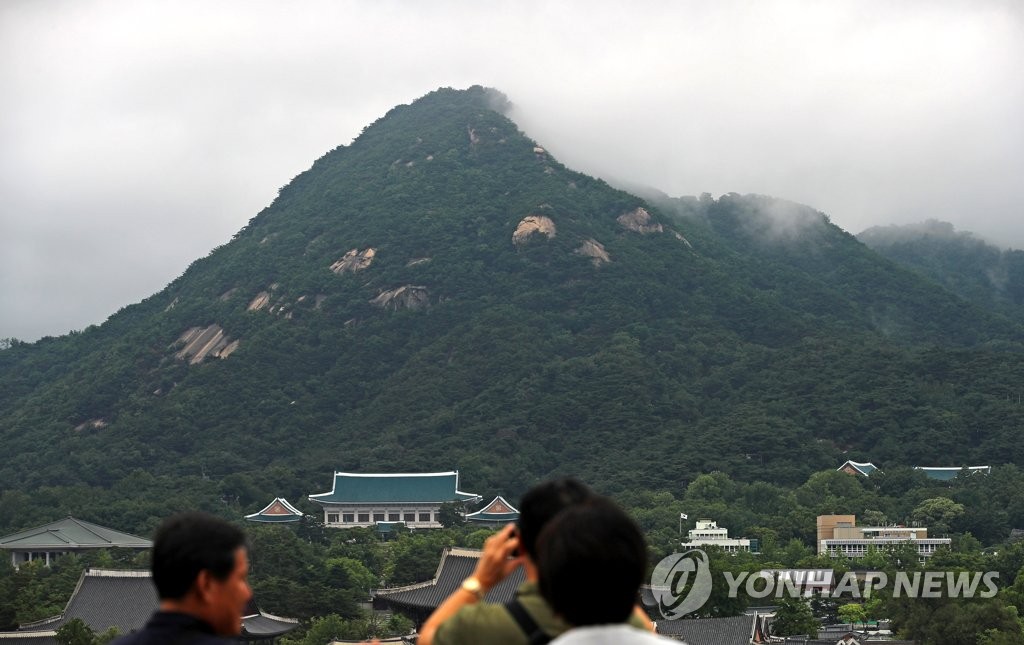 In 2007, Cheong Wa Dae opened the Mount Bukak Fortress Walk, a trek of a few kilometers, to ordinary people with security restrictions and time limits in place.

President Moon Jae-in initially promised to move his office to the main government building in Gwanghwamun, but he scrapped the plan, instead pushing for the opening of the mountain as a token of his efforts to "communicate" more with the people.

Cheong Wa Dae plans to split the process in two due to the need for related preparations including measures to enhance accessibility and conveniences for visitors.

It is scheduled to open the northern side of the fortress wall starting in the first half of 2020. Crosswalks and parking lots will be set up.

The southern section will be open in the first half of 2022.

The full opening of the mountain is meaningful in terms of the historic value of the area and recovery of green in the city, and it's also expected to help improve citizen's health by providing them with another forest trail, according to Cheong Wa Dae.

If the mountain becomes completely open to the public, albeit with some admission time and trekking course controls for safety reasons, it would serve as a bridge for hikers between Mount Inwang and Mount Bukhan, both in Seoul.

Mount Bukak to be fully open to public starting in 2022: Cheong Wa Dae

Mount Bukak to be fully open to public starting in 2022: Cheong Wa Dae