WASHINGTON, Dec. 3 (Yonhap) -- U.S. President Donald Trump hinted Tuesday that the United States may use military force against North Korea if necessary, after Pyongyang warned that an end-of-year deadline for the two countries' denuclearization negotiations is drawing near.

Trump revived the threat of military action as negotiations between Washington and Pyongyang have stalled over how to match the North's denuclearization steps with U.S. concessions.

But the U.S. president also emphasized his close personal relationship with North Korean leader Kim Jong-un, saying he hopes Kim will abide by his commitment to dismantle his country's nuclear weapons program.

"Now we have the most powerful military we've ever had and we're by far the most powerful country in the world," Trump told reporters in London, where he is attending a meeting of North Atlantic Treaty Organization leaders.

Trump previously threatened to "totally destroy" the communist regime in 2017 when tensions ran high over the North's testing of nuclear weapons and intercontinental ballistic missiles. 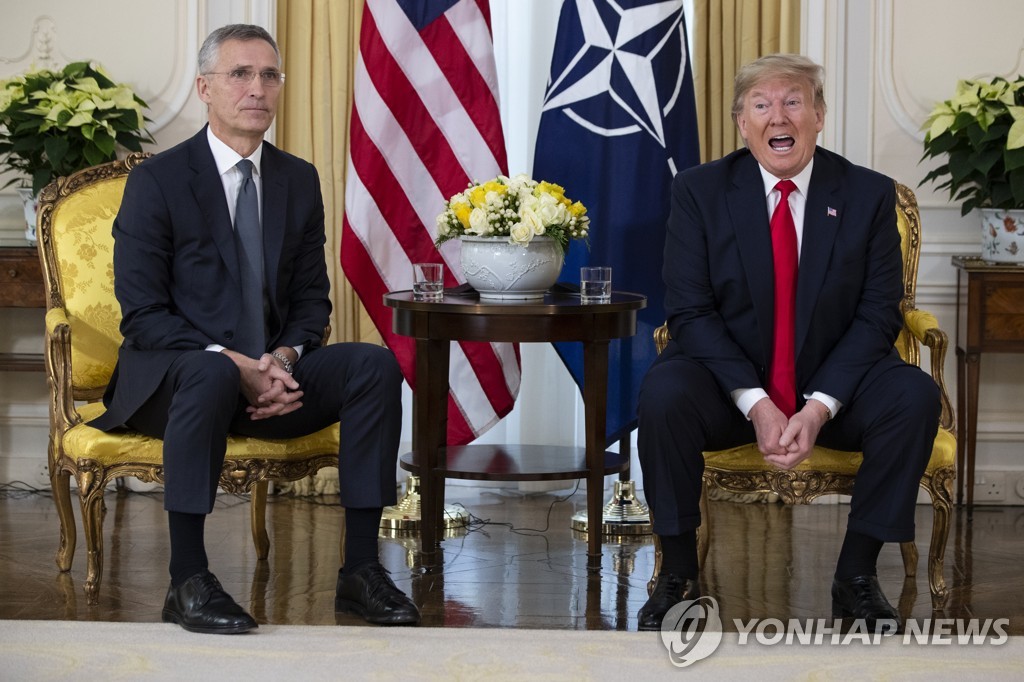 Earlier Tuesday, the North's Vice Foreign Minister Ri Thae-song issued a statement urging the U.S. to do its part to salvage the negotiations. Since the collapse of Trump and Kim's second summit in Vietnam in February, the North has warned that it will seek a "new way" if the U.S. fails to come up with an acceptable proposal by the year-end.

"The DPRK has done its utmost with maximum perseverance not to backtrack from the important steps it has taken on its own initiative," Ri said, referring to North Korea by its official name, the Democratic People's Republic of Korea. He was apparently alluding to the North's suspension of nuclear and long-range missile tests since 2017.

"What is left to be done now is the U.S. option and it is entirely up to the U.S. what Christmas gift it will select to get," Ri continued, in an apparent warning that unless the U.S. comes up with a new offer this month, Pyongyang could restart its nuclear weapons and long-range missile tests.

North Korea has conducted multiple tests of short-range ballistic missiles and other projectiles since May. Experts have said the regime appears to be advancing its weapons capabilities while also pressuring Washington to acquiesce to its demands for sanctions relief and security guarantees short of complete denuclearization.

"He definitely likes sending rockets up, doesn't he? That's why I call him 'Rocket Man,'" Trump said, using a nickname he coined for the North Korean leader in 2017.

"Well, we'll see," he said. "I have confidence in him. I like him. He likes me. We have a good relationship. We'll see. We'll see what happens."

Trump again claimed that had he not become president the U.S. would be at war with the North. He also pointed to the denuclearization pledge Kim made at their first summit in Singapore in June 2018.

"My relationship with Kim Jong-un is really good, but that doesn't mean he won't abide by the agreement we signed," Trump said. "You have to understand. You have to go and look at the first agreement that we signed. It said he will denuclearize. That's what it said. I hope he lives up to the agreement, but we're going to find out."

The Singapore agreement committed the North to "work toward" complete denuclearization of the Korean Peninsula in exchange for U.S. security guarantees.

(LEAD) Trump hints U.S. may use military force against N.K. if necessary

(LEAD) Trump hints U.S. may use military force against N.K. if necessary