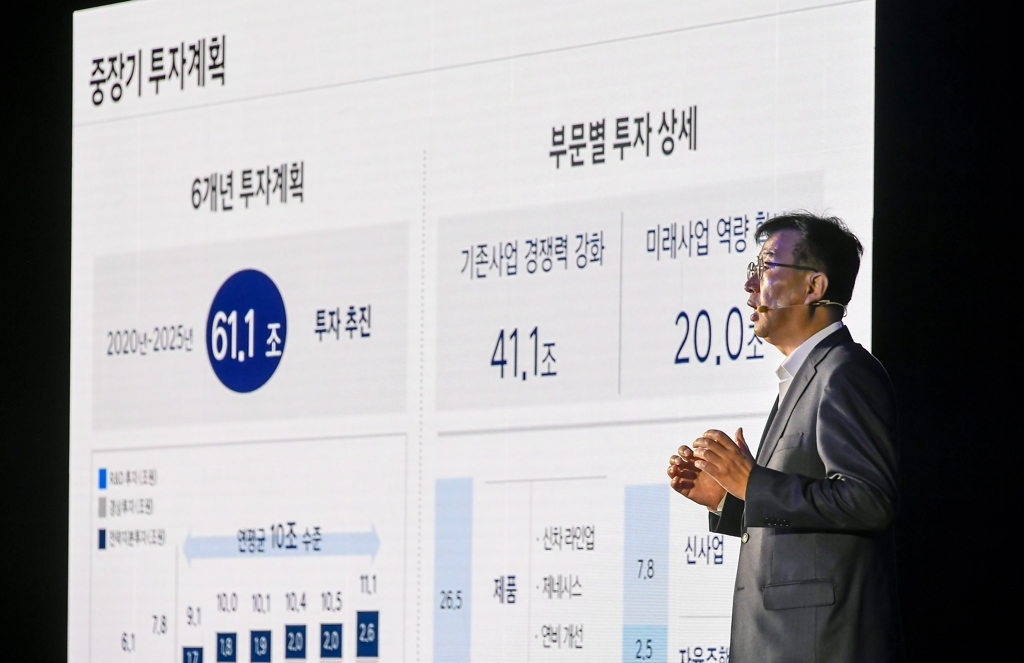 "We are reorganizing our business portfolio to meet rapidly changing customer demands, with a focus on smart mobility products and services over the next six years," Hyundai Motor President Lee Won-hee said during the CEO Investor Day, the second road show of the year, held in Seoul for shareholders, analysts and credit rating firms.

The maker of the Sonata sedan and the Palisade sport utility vehicle aims to rank third in the global electric and hydrogen fuel-cell electric markets in 2025. It targets sales of 560,000 electric and 110,000 hydrogen cars that year, the company said.

As global rivals, such as Volkswagen AG increase investments in low-emission and battery-powered vehicles as part of their electrification strategy, Hyundai plans to introduce massive numbers of electric and hydrogen vehicles in Korea, the United States, China and Europe from 2030 and in emerging markets such as India and Brazil from 2035, the statement said.

To diversify its lineup, Hyundai said it will launch a battery-powered vehicle under the independent Genesis brand in 2021 and expand the number of electric models by 2024.

From January to September, Hyundai's net profit jumped 31 percent to 2.41 trillion won from 1.85 trillion won in the year-ago period on a weak won and robust sales of sport utility vehicles.

Hyundai sold a total of 3.23 million vehicles in the first nine months of 2019, achieving 70 percent of its annual sales target of 4.68 million units this year.