SEOUL, Dec. 4 (Yonhap) -- South Korea is seeking to be "a force for cooperation" between the United States and China, not being caught in between the two in terms of its national interest as some may claim, amid a growing rivalry between the two major powers, Seoul's top diplomat said Wednesday.

"Our role is to be a force for cooperation rather than competition between the U.S. and China," Foreign Minister Kang Kyung-wha told a forum on Northeast Asia policy in Seoul.

"Our security alliance with the United States is the lynchpin of peace and security on the Korean Peninsula and Northeast Asia and it will remain so. Our interdependent ties with China are growing in all areas, including in close coordination over the challenges posed by North Korea," she said.

Highlighting that the future relationship between Washington and Beijing will have significant impact on the rest of the regions around the world, Kang said that it's important to look at "shared interests" between the two countries. 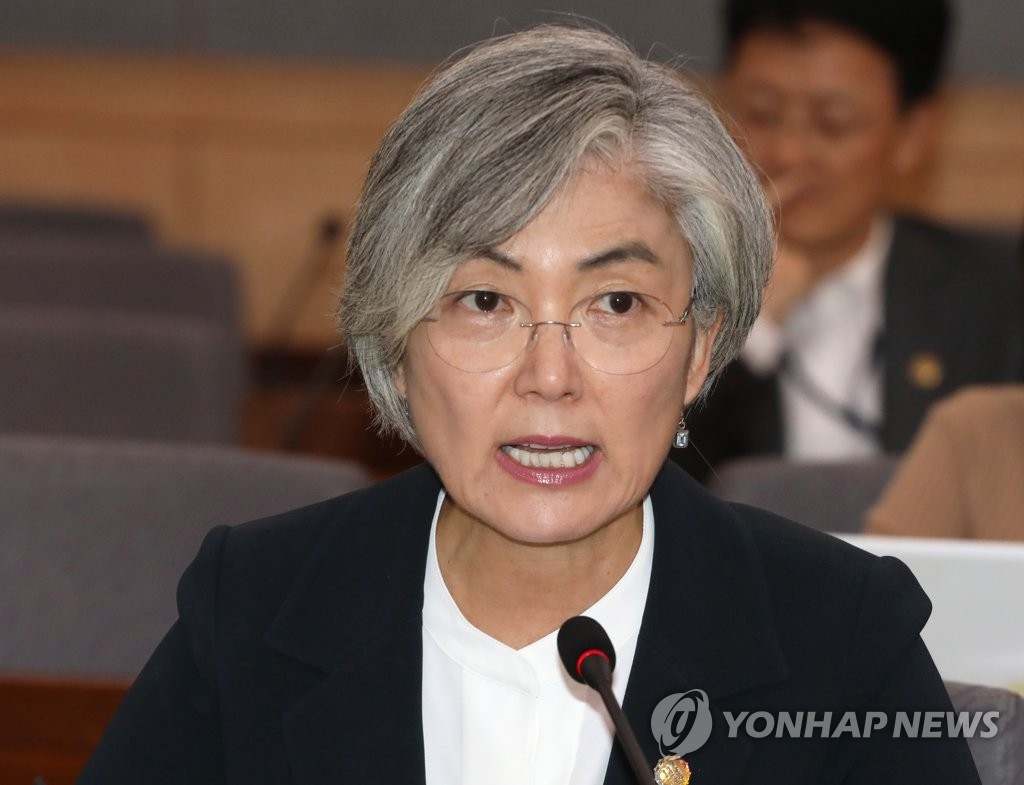 "The U.S. and China have shared interests, and numerous players, small and large, influence their strategic outlooks ... (which are) driven by a win-win worldview of enlightened self-interest. They seek to grow the pie rather than divide it up in a zero-sum game," she said.

"So, competition or cooperation between the U.S. and China? Both combined in 'coopetition,' seem to be the most realistic framing," she said.

Regarding South Korea's relations with its Northeast Asian neighbors, Kang stressed that any attempts to undermine free trade and co-prosperity must be avoided, in an apparent reference to Tokyo's export curbs on Seoul.

"We cherish the global value chains created by free trade in goods and services and stand against any attempt to undermine them," she said.

"If one part of a chain is broken, all before and after are likely to feel the effects. They are and should be driven by business logic, and not disrupted by external considerations. Governments should think twice about exploiting them for political gains."

Despite the dialogue process with North Korea having become "tenuous" due to the North's recent series of weapons tests, Kang emphasized that engagement efforts are continuing through cooperation with the key concerned parties.

"But the dialogue remains open and we're working closely with the U.S., as well as China, Japan and Russia, to keep North Korea on the track of dialogue toward denuclearization and lasting peace."