The ruling will be a setback for Qualcomm, which challenged the Fair Trade Commission's (FTC) decision to fine the company 1.03 trillion won (US$865 million) for abusing its dominant position in mobile communication markets.

Calling the FTC ruling "unprecedented and insupportable," Qualcomm took the case to the Seoul High Court in February 2017.

In December 2016, the FTC said the San Diego-based company and its two affiliates breached South Korea's competition law by refusing to offer licenses to chipset manufacturers and demanding high fees for patents used by smartphone makers.

The watchdog also issued corrective orders for the U.S. company not to sign unfavorable terms with customers. 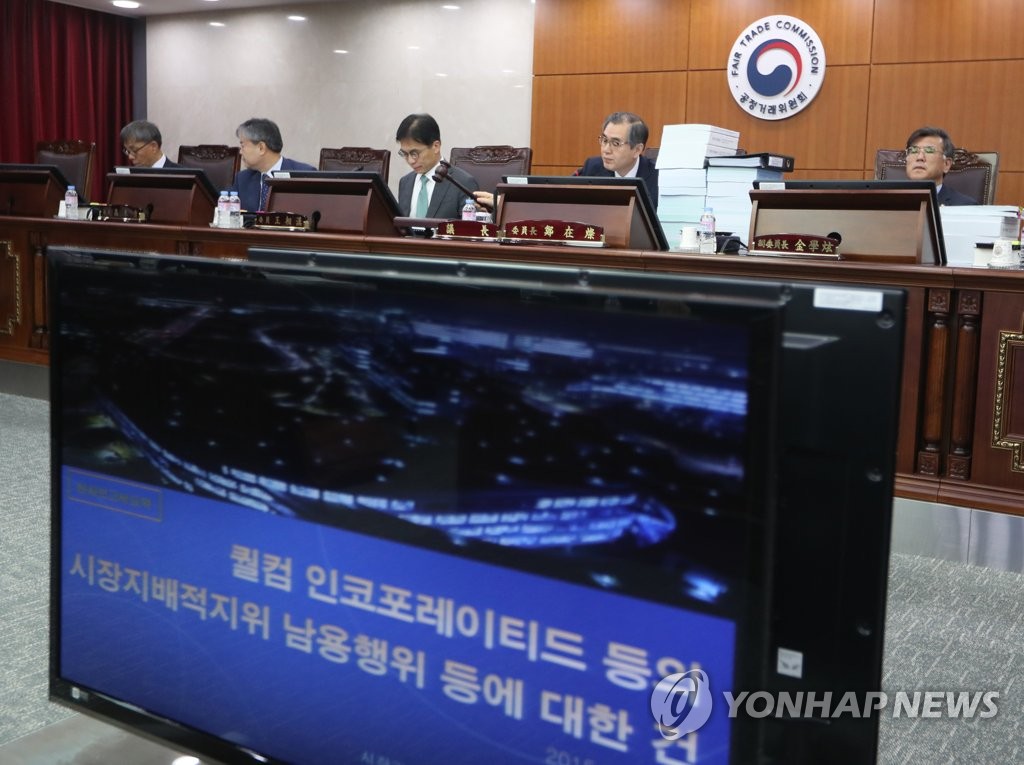 After three years of proceedings, the local court concluded that eight corrective orders of the total 10 were legitimate.

"In light of normal business practices, it is judged that (Qualcomm) abused its market dominance status by laying out unreasonable (business) conditions to chipset producers or unfairly limiting competition," the court said.

In response to the court's decision, an FTC official said the ruling is "meaningful" because it acknowledged that Qualcomm's patent-license business model was unfair.

Qualcomm said in a statement that it will immediately seek to appeal the ruling to the Supreme Court.

The FTC has said Qualcomm refused to offer its patent rights to chipset makers and forced them to sign unfavorable contracts that demanded they report business information to Qualcomm.

It also did not provide Qualcomm-chartered chipsets to mobile phone makers when they refused to comply with Qualcomm's license policy and demanded the manufacturers share their patent rights for free.