SEOUL, Dec. 4 (Yonhap) -- The prosecution raided a division of the presidential office Cheong Wa Dae on Wednesday for its probe into an alleged cover-up of an inspection into an ex-vice mayor who faces bribery charges.

The Seoul Eastern District Prosecutors Office said it launched the raid on the Cheong Wa Dae office at 11:30 a.m. after securing a warrant from a court.

State prosecutors are seeking to obtain evidence for its probe into why a special inspection into Yoo Jae-soo, the former vice mayor of Busan, was abruptly suspended.

The 55-year-old Yoo was under surveillance by a special inspection team of Cheong Wa Dae over allegations that he took bribes from businesses when he served as director-general of the Financial Services Commission in 2017.

But Yoo avoided punishment for an unknown reason and became Busan's vice mayor in charge of economic affairs in 2018.

The raid appears to zero in on Cho Kuk, the former top presidential secretary for civil affairs and disgraced former justice minister who is under a separate prosecution probe over family-related allegations.

The prosecution is looking into allegations that Cho and other former Cheong Wa Dae officials may be behind the sudden end of the inspection into Yoo.

In February, a former special inspector filed a petition with the prosecution against Cho, claiming the surveillance was suspended despite alleged wrongdoings by Yoo.

It marked the second raid on Cheong Wa Dae in a year. In December 2018, state prosecutors raided the office of a special inspection team over Cheong Wa Dae officials' alleged illegal surveillance on civilians.

Wednesday's raid was conducted in a manner that prompted presidential officials to submit related evidence items to prosecutors and investigators.

Baek Won-woo, former presidential secretary for civil affairs, is also among the figures believed to have played a role in a decision to end the inspection into Yoo.

Baek is separately under scrutiny by the prosecution over allegations that he provided to police tip-offs of alleged wrongdoings by aides of an opposition party candidate to influence last year's local elections. 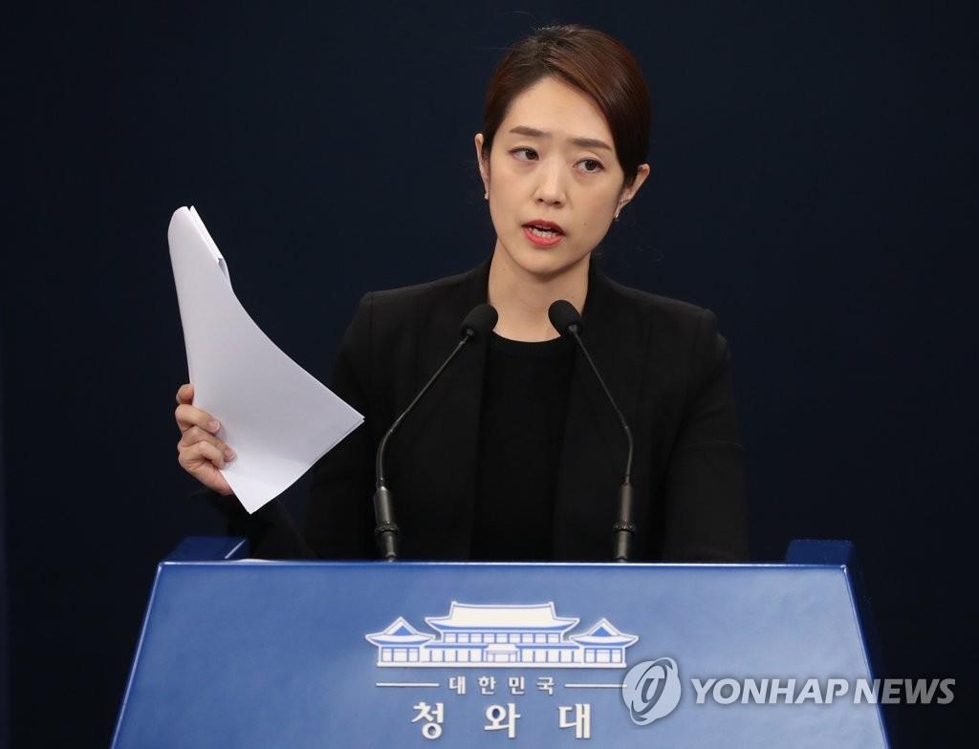 At issue is whether Cheong Wa Dae played a role in a police investigation into corruption-related suspicions involving one of the closest aides to Kim Gi-hyeon, who was Ulsan mayor and seeking reelection last year.

The scandal, featuring a flood of media-driven allegations, took a new twist last weekend when a former Cheong Wa Dae inspector who was a member of Baek's "special squad" was found dead in what's presumed to be a suicide.

Some news outlets have churned out reports that his death may be linked with the ongoing probe into the Ulsan election suspicions.

Cheong Wa Dae, however, flatly dismissed such allegations as groundless, citing the outcome of its own internal probe.

It has been confirmed that the deceased inspector has nothing to do with the creation of a Cheong Wa Dae report on the alleged corruption involving Kim's confidant, Cheong Wa Dae spokesperson Ko Ming-jung told reporters.

It was written by a different Cheong Wa Dae staffer on a tipoff from an acquaintance and delivered to Baek, she said.

Meanwhile, Cheong Wa Dae gave no formal response to reporters' queries over the prosecution's search and seizure operation on its office earlier in the day.