SEOUL, Dec. 4 (Yonhap) -- Free agent major league pitcher Ryu Hyun-jin doesn't yet know with which team he will sign. And wherever he will end up, he's hoping he won't have to face fellow South Korean left-hander, Kim Kwang-hyun.

Ryu, the runner-up in the 2019 National League (NL) Cy Young voting with the Los Angeles Dodgers, is exploring options in the open market. And Kim is trying to join Ryu in the bigs through posting, with the process expected to begin this week. 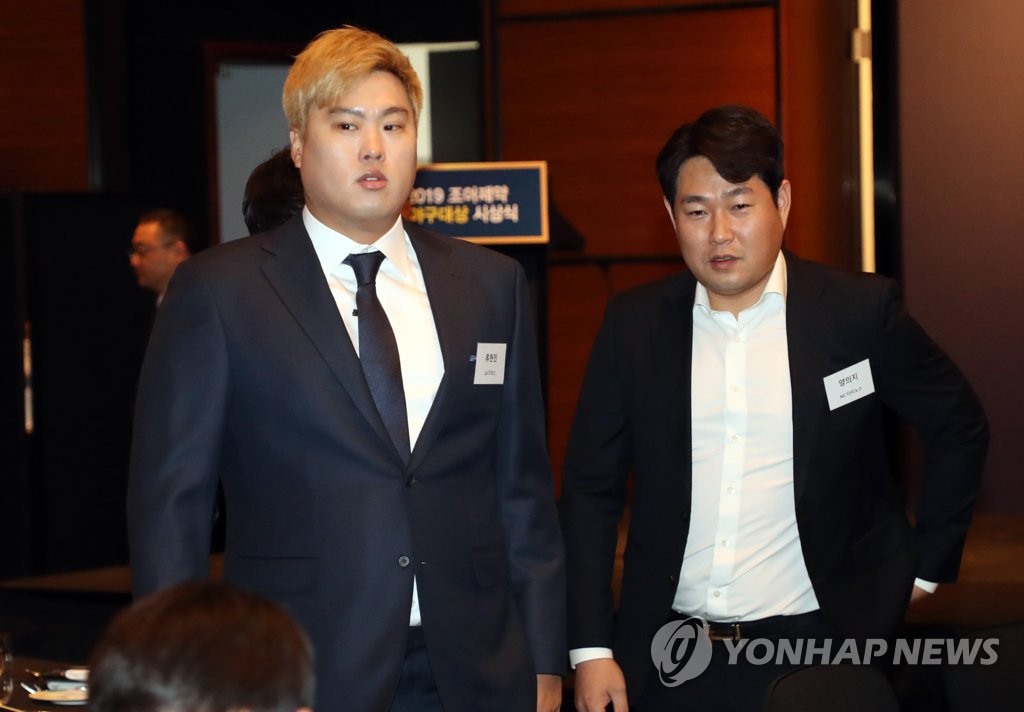 "I think it's just going to be a burden for both of us," Ryu told reporters Wednesday after a local baseball awards ceremony in Seoul, where he received a Special Achievement Award. "It'd be great if we can just meet each other off the field. I'd rather not go up against him on the mound."

Ryu went 14-5 with a major-league leading 2.32 ERA, and finished second to Jacob deGrom of the New York Mets for the Cy young. He has been with the Dodgers since 2013 but is now a free agent.

Kim was 17-5 with a 2.51 ERA in 2019 for the SK Wyverns in the Korea Baseball Organization (KBO). He finished third in ERA and tied for second in wins. This was his second season back after missing an entire year following Tommy John surgery.

The early years of the two pitchers' KBO careers overlapped but they never went head-to-head on the mound here.

"Kwang-hyun is the best pitcher in South Korea and he bounced back perfectly from his injury," Ryu said of Kim, who's one year Ryu's junior at 31. "I think he'll do well in the majors."

Ryu said he hasn't yet spoken to Kim about the possibility of meeting in the big leagues, saying, "I don't want to get too ahead of myself."

But Ryu did have this piece of advice for Kim. 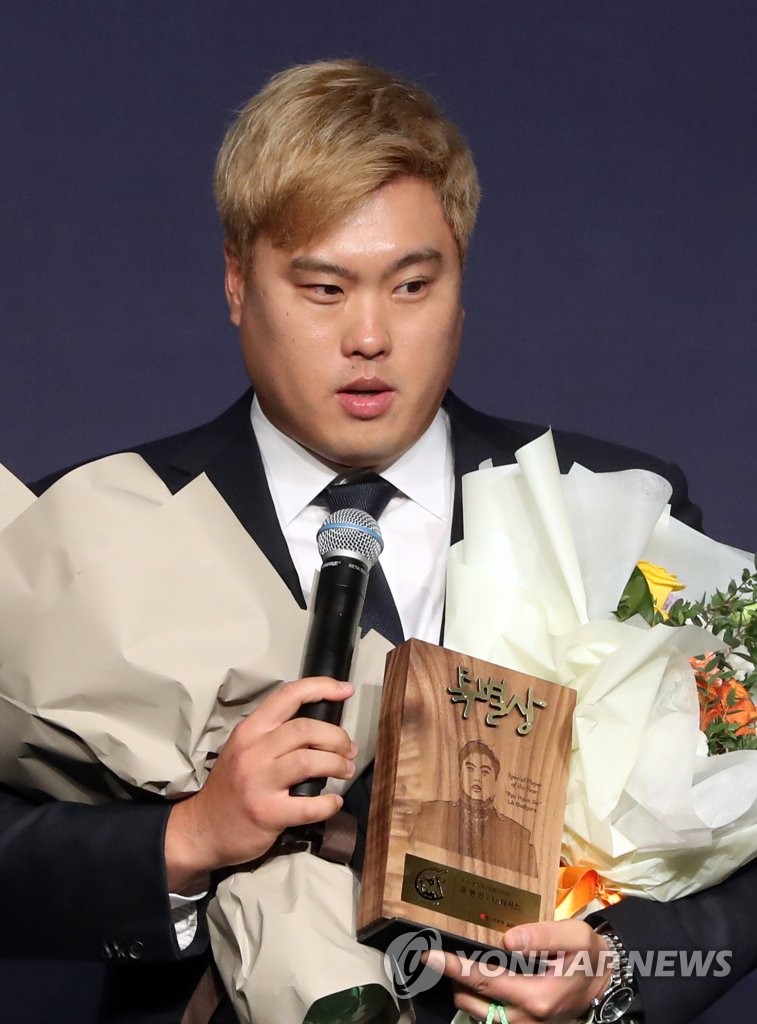 "First and foremost, you have to stay healthy," said Ryu, who missed all but one start in 2015 and 2016 following shoulder and elbow surgeries. "Secondly, you have to blend in with the team. You have to reach out to your teammates and make friends."

Ryu declined to discuss his own future in the majors, only saying, "My agent (Scott Boras) is working hard."

Ryu said he was wary of discussing specific goals for next year but added, "The most important thing for a pitcher is the ERA, and I'll try to keep it as low as I can next year."