SEOUL, Dec. 4 (Yonhap) -- The country's tax agency on Wednesday disclosed a fresh list of some 6,800 new citizens and corporate entities with unpaid taxes exceeding 200 million won (US$167,462) for one year or longer.

The National Tax Service said that it decided to reveal those on the list after they refused to specify their reasons for failing to pay their taxes even though they have been asked to do so for more than six months.

The list includes 4,379 individuals. Also included on the list are 2,099 companies that have not paid taxes. Their unpaid taxes total 5.4 trillion won, according to the office.

The government revealed a list of habitual tax delinquents for the first time in 2006. The list involves only those with delinquent taxes surpassing 200 million won.

The tax agency said it has filed civil lawsuits against 367 entities so far this year while referring an additional 276 people to prosecutors.

This year, the tax agency has collected 1.7 trillion won in taxes from tax delinquents. 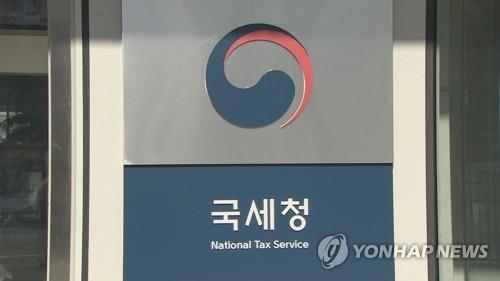