SEOUL, Dec. 4 (Yonhap) -- The waiting game is under way for South Korean left-hander Kim Kwang-hyun, who should be posted by Major League Baseball (MLB) for its 30 clubs in the coming days.

Once that administrative step is taken, any interested teams will be free to negotiate with the 31-year-old pitcher for 30 days.

And if he does get a deal done, Kim said he'll take the mound with a sense of urgency every time. 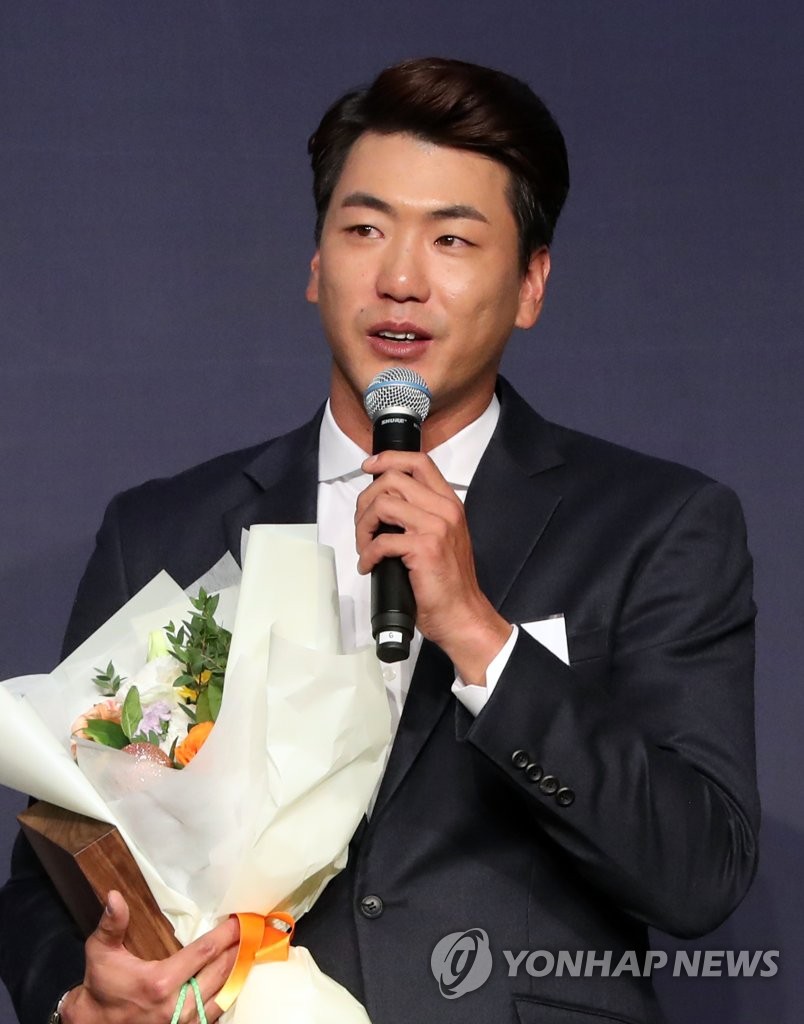 "I'll pitch every game like it's a Korean Series game," Kim told reporters Wednesday after a baseball awards ceremony in Seoul, referring to the championship series in the Korea Baseball Organization (KBO).

"It's always been my dream to pitch in the majors," Kim went on. "I'll try to make sure I won't have regrets, if I do get there."

Kim has been one of the best starters in the KBO for over a decade, and he enjoyed a fine 2019 season, in which he went 17-5 with a 2.51 ERA for the SK Wyverns. He ranked in the top three in both wins and ERA, and received the Best Pitcher trophy in Wednesday's ceremony.

"Before this season, my goal was to stay healthy and not miss a turn in the rotation," Kim said. "I was able to accomplish that, and hopefully I'll do even better next year."

Kim said he has looked up to Ryu Hyun-jin, a fellow South Korean left-hander who has been pitching for the Los Angeles Dodgers since 2013. Ryu, who's now a free agent, finished runner-up in the National League Cy Young voting this year.

"Hyun-jin is my role model," Kim said of the 32-year-old veteran. "He's inspired me to dream big. It'd be great to be on the same team with him, or at least be in the same league. I'll try to pick his brains."

Kim was posted after the 2014 season, but his negotiations with the San Diego Padres fell through, forcing Kim to stay put with the Wyverns. 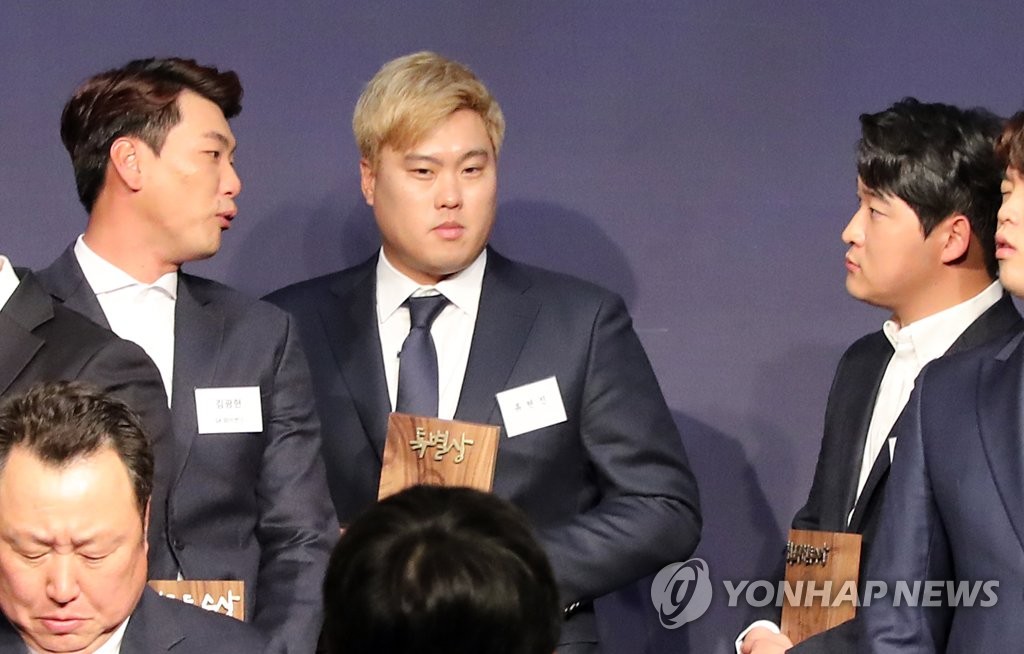 Kim still had one more year left in his four-year deal with the Wyverns, but the KBO club granted Kim's wish to take a crack at reaching the big leagues.

Kim said he has recently hired a U.S.-based agent and added, "There's not much I can do at this point. I just have to wait and see if there will be any offers."

Kim said he'd like to land with a team that will give him as many opportunities to pitch in the big leagues as possible, adding, "It won't mean anything if I stay in the minor leagues."

Kim Kwang-hyun determined to pitch with urgency in majors

Kim Kwang-hyun determined to pitch with urgency in majors