SEOUL, Dec. 4 (Yonhap) -- South Korea and the United States are working to set up a visit to Seoul by U.S. Special Representative Stephen Biegun later this month ahead of an end-of-year deadline that North Korea set for Washington to show flexibility in their deadlocked nuclear talks, a source said Wednesday.

Should the trip take place, Biegun, now the nominee for deputy secretary of state, would hold talks with his South Korean counterpart Lee Do-hoon to discuss joint efforts toward progress in the negotiations before the deadline, the source said. 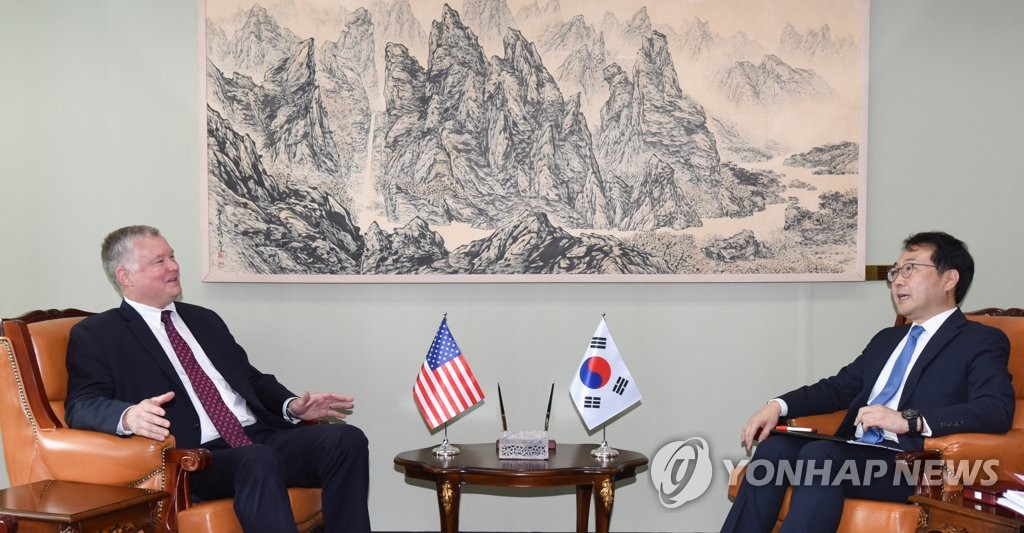 North Korean leader Kim Jong-un has set the deadline for the U.S. to come up with an acceptable proposal, warning that the communist regime could otherwise go a "new way."

"South Korea and the U.S. have been coordinating over a possible visit though nothing has been finalized yet," the source told Yonhap News Agency on condition of anonymity.

The allies have been striving to create fresh momentum for the resumption of nuclear talks with Pyongyang, since the working-level nuclear talks between the U.S. and the North in Sweden in October ended fruitlessly.

Pyongyang cast the latest talks as a breakdown, accusing Washington of having come to the table "empty-handed," while Washington called the talks good discussions.

In a show of growing impatience over a lack of progress in the negotiations, Pyongyang has been ratcheting up tensions by firing short-range projectiles into the East Sea, pressing ahead with provocative military maneuvers and sharpening its rhetoric against the South and the U.S.

Biegun made his last visit to Seoul in late August.