SEOUL, Dec. 4 (Yonhap) -- The Seoul city government on Wednesday won an administrative suit filed by a taxi company which had claimed a punitive step taken by the city over the refusal of its drivers to accept passengers is excessive.

In the suit lodged on Nov. 14, the company, whose name was undisclosed, asserted that the city government's action to suspend the operation of its cabs for 60 days because of the denial is immoderate.

"The public interest precedes damage caused by the city's administrative step to punish the passenger rebuff by the company's taxi drivers," the Seoul Administrative Court said in a verdict.

The court's decision is the first of its kind and is expected to influence 13 other similar cases awaiting verdicts.

Up to now, 29 taxi companies have been given a 60-day suspension for such malpractice, with 14 of them having taken legal action against it, according to the city. 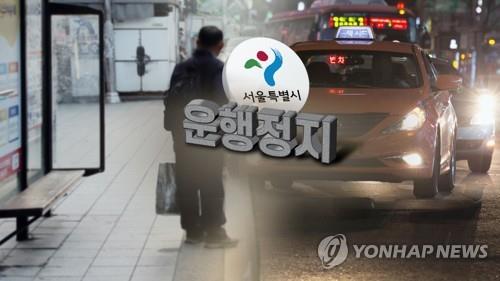 Meanwhile, the number of complaints submitted by passengers about being rejected by cab drivers was tallied at 1,918 during the first 10 months this year, down almost 50 percent on-year from 3,839, the city said.

The sharp drop is attributable to the city government's takeover of the authority to punish such violations from ward offices last November.

Passenger refusal is one of three targets which the city is endeavoring to root out in taxis operating in Seoul via its "Three-Nothing Campaign." The other two relate to unfair charges and cigarette smoke.
(END)