SEOUL, Dec. 5 (Yonhap) -- South Korea is witnessing slow but meaningful progress in its march toward a hydrogen-based economy, with the pollution-free power source set to take up a greater slice of the country's energy mix down the road.

The Moon Jae-in administration has been pushing to cut the country's dependency on conventional energy sources such as fossil fuels and move toward sustainable resources like hydrogen, sunlight and wind.

In line with this vision, South Korea has been promoting the development of hydrogen fuel cell plants to power local households.

"At hydrogen fuel cell plants, electricity is produced through a reaction between hydrogen and oxygen, creating almost no pollutants," said Song Hyun-gyu, a director of the Dongtan branch of the Korea District Heating Corp.

Hydrogen can be acquired by processing liquefied natural gas or as a by-product of industrial facilities, including petrochemical plants. 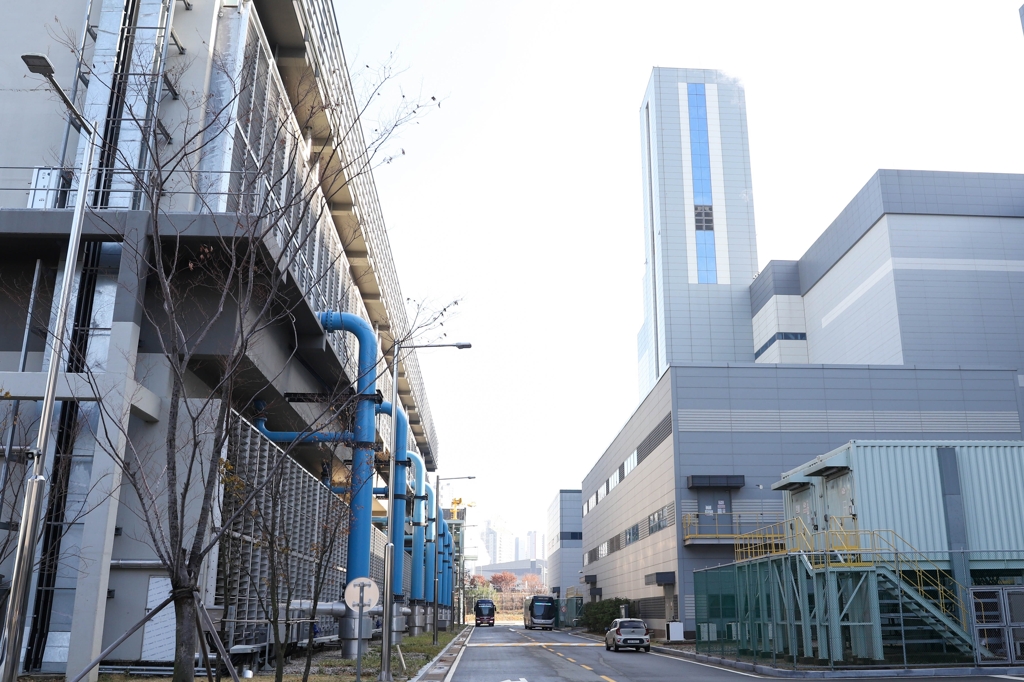 Hydrogen is still new to South Korea's energy portfolio, considering it only took up around 0.3 percent of the country's combined power generation in 2018. South Korea produced 375.5 megawatts of power from 50 hydrogen fuel cell plants in 2018.

"Hydrogen fuel cell power plants stand out from other environment-friendly methods as they can run 24 hours a day," said Chung Ki-suk, a director of the hydrogen and fuel cell program at the Korea Institute of Energy Technology Evaluation and Planning.

Another reason hydrogen power plants are economical is that they can be built in close proximity to residential areas, giving better space efficiency compared to solar panels and wind turbines.

There are, however, some misperceptions about hydrogen plants, such as that they are vulnerable to deadly accidents.

"Explosions can only occur in a tightly closed environment along with optimized conditions. It is highly unlikely for a plant to explode as there are multiple safety measures," Song said.

The hydrogen-based economy is part of the country's broader energy policies centering on utilizing more renewable and sustainable energy sources, including wind and sunlight. Under its vision, such sources will account for up to 35 percent of the country's energy portfolio in 2040.

The vision marks a drastic change from 2017, when renewable sources were responsible for roughly 7.6 percent.