SEOUL, Dec. 4 (Yonhap) -- A senior Saudi diplomat expressed expectations on Wednesday that South Korea will play "a major role" in safeguarding maritime security in the Persian Gulf, saying that the two countries see "eye-to-eye" in addressing threats in the strategically vital region.

Adel al-Jubeir, minister of state for foreign affairs, made the remark after the U.S. launched an initiative to protect merchant vessels and secure the waterway in the Strait of Hormuz, ramping up its call for allies and "like-minded" countries to join the move.

The coalition was formed in response to a series of attacks on ships and oil tankers in the region, including a drone attack on a major Saudi oil facility in September, for which Washington has blamed Iran. Riyadh recently announced its decision to join the U.S.-led operation.

"The (South) Korean government has condemned the attacks. The Korean government supports the principle of freedom of navigation in the Gulf. Our countries see eye-to-eye in terms of the challenges in the region. I have no doubt that Korea will play a major role," al-Jubeir said in an interview with Yonhap News Agency. 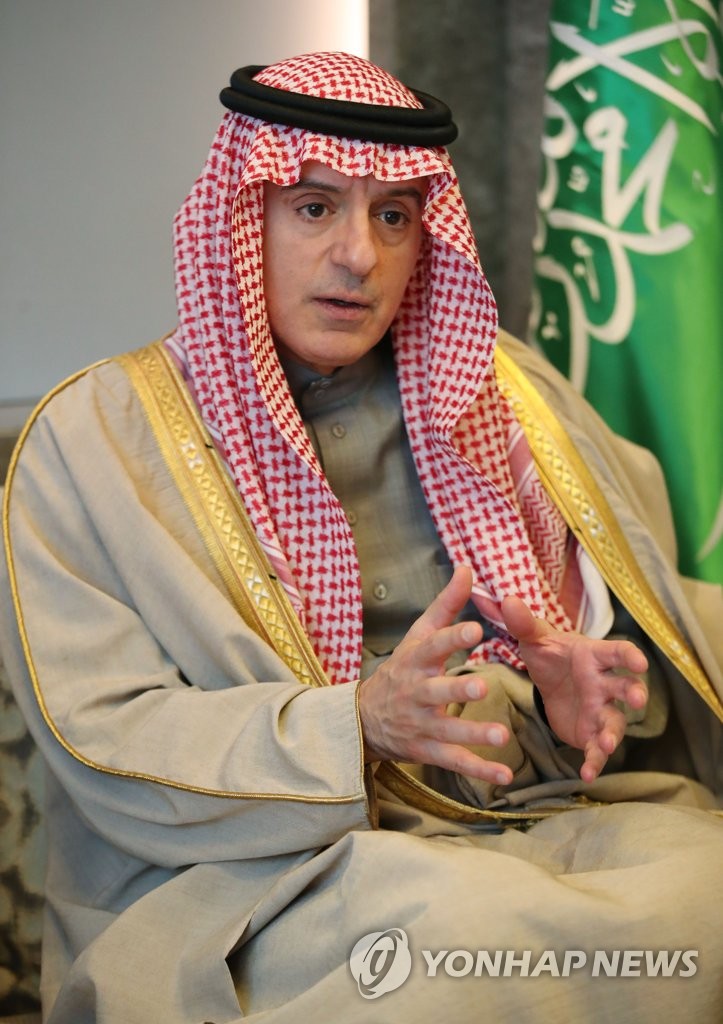 Al-Jubeir was in Seoul for talks with Foreign Minister Kang Kyung-wha and other government officials. He previously served as the Saudi foreign minister, had a long stint as the ambassador to the U.S. from 2007-15 and was a foreign policy advisor to the late King Abdullah.

Al-Jubeir underscored that preserving freedom of navigation in the Gulf is in every country's interest, citing its geographical significance for global trade.

"When those attacks happened, they were not attacks against Saudi Arabia. They were attacks against the world because they disrupted 5 percent of the global supply of oil and every person on earth was affected by this," he said. "What we're seeing is the international community coming together to say this cannot happen again.

The issue was part of the discussion he had with Kang earlier in the day, Al-Jubeir said.

"We're in discussions with Korea about what support Korea can provide. We're very satisfied with the forward-leaningness of South Korea and we're looking at a number of issues, across the board, in terms of what the requirements are and what the capabilities are," he said without elaborating further. 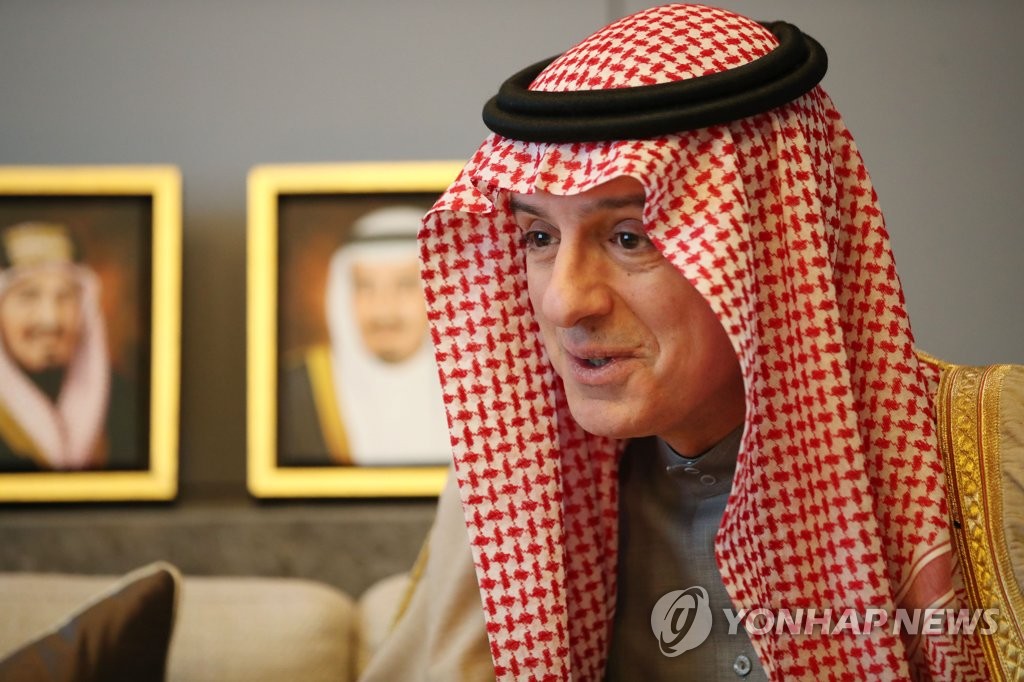 The initiative centers on taking various reform measures with an aim to reduce its heavy dependence on oil exports and diversifying its economic portfolio into areas like mining, tourism and recreation.

When bin Salman paid a state visit to South Korea in June, he and South Korean President Moon Jae-in agreed to expand the scope of their cooperation in information and communications technology (ICT), automobiles, the hydrogen-based economy and health care, among other fields.

"The Kingdom is determined to move along the path of reforms and I believe we are only seeing the beginning of it," he added.