SEOUL, Dec. 4 (Yonhap) -- Bong Joon-ho's acclaimed "Parasite" has been named the best foreign language film by the National Board of Review (NBR) of the United States.

The New York-based organization made up of film enthusiasts, academics, professionals and filmmakers announced the winners of its 2019 awards on Tuesday (U.S. time).

Martin Scorsese's Netflix drama "The Irishman" won the best film award while Quentin Tarantino picked up the best director for "Once Upon a Time in Hollywood."

The best actor and actress honors went to Adam Sandler of "Uncut Gems" and Renee Zellweger of "Judy."

The awards ceremony will be held on Jan. 8 in New York, the group said.

The NBR awards are widely seen as an indicator of the Academy Awards.

"Parasite," which won the top award at the 2019 Cannes Film Festival, is South Korea's entry to the best international feature film category at the Oscars. The event is scheduled for February. 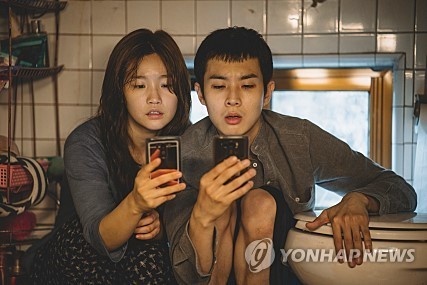