SEOUL, Dec. 5 (Yonhap) -- South Korea on Thursday unveiled the world's first geostationary environmental monitoring satellite that can closely check the movement of fine dust and other air pollutants in the East Asian region in real time.

The 3.4-ton Chollian-2B, scheduled to be sent into orbit from French Guiana in February 2020, will take up a fixed position 36,000 kilometers above the Earth's equator, the state-run Korea Aerospace Research Institute (KARI) said.

The multipurpose satellite's Geostationary Environmental Monitoring Spectrometer (GEMS), a key sensor on the device, will be able to observe and track fine dust and 20 types of air pollutants including ozone, sulfur dioxide and formaldehyde, the institute charged with building the Chollian-2B said.

The GEMS is 2-3 years ahead of similar sensors being developed for space use by the United States and Europe and will be able to cover a region roughly 5,000 kilometers in length and width eight times a day, KARI said.

"The spectrometer system makes South Korea the leader in this field and will give it the capability to keep close tabs on all sorts of pollutants in the region, and allow it to play an important role in global air monitoring," Choi Jae-dong, the director of the satellite program, said. The information gathered will make it possible to provide more accurate weather forecasts and permit Seoul to work with others to reduce pollution in the region.

He added that the satellite is also equipped with the cutting edge Geostationary Ocean Color Imager-2 (GOCI-2), which can check for algal blooms and other water contaminants. GOCI-2 is able to cover an area around 2,500 kilometers in diameter 10 times a day. The optical resolution used on the Chollian-2B is four times sharper than previous sensors used by South Korea, making it that much easier to detect red and green tides and improving the possibility of giving advance warnings to regions that may be impacted.

In addition, the updated sensor can make it easier to check changes in ocean water quality, allowing for better fisheries management.

KARI said the satellite is scheduled to send back ocean-related data starting in October next year and atmospheric information the following year, if all goes according to plan.

Choi Won-ho, the head of the ministry's Space and Big Science Division, said the upcoming launch follows the successful deployment of the Chollian-2B satellite in late 2018 and gives South Korea the world class capability to check the atmosphere and oceans.

It added that while foreign companies provided expertise on GEMS and GOCI-2, a total of 40 local institutes and companies played a crucial role in the building of the latest satellite.

"In terms of the satellite itself, South Korea built almost all of the hardware and software this time, with reliance on the outside to be reduced even more going forward," an official source said. 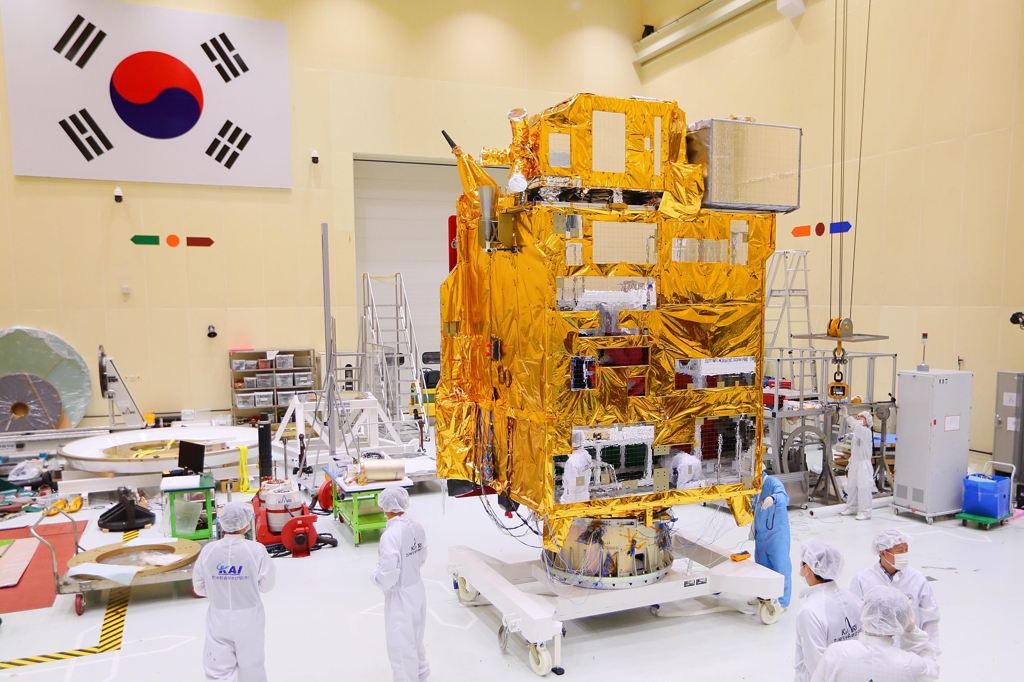