WASHINGTON, Dec. 4 (Yonhap) -- The United States is encouraged that South Korea and Japan are seeking ways to improve their relationship, and will continue to support those efforts, a State Department official overseeing the region said Wednesday.

Marc Knapper, deputy assistant secretary of state for Korea and Japan, said the United States is also encouraged by South Korea's recent decision to "maintain" its military intelligence-sharing pact with Japan despite ongoing bilateral disputes over trade and wartime history.

South Korea's official position, announced last month, was that it will "conditionally" suspend the termination of the General Security of Military Information Agreement pending talks with Japan over what it sees as unjustified export controls against Seoul. 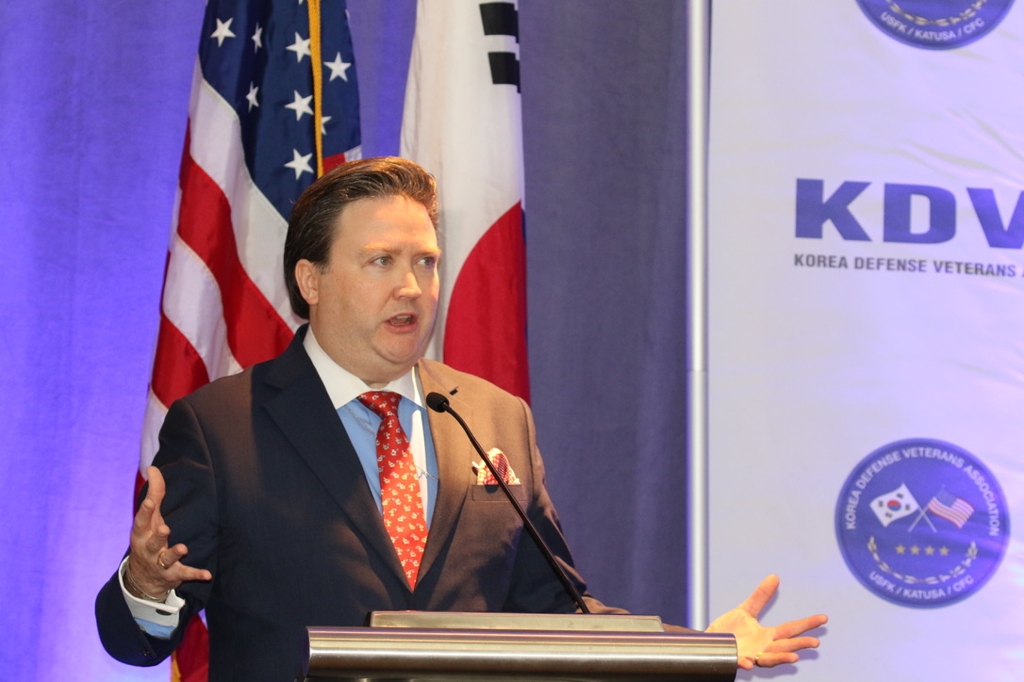