SEOUL, Dec. 5 (Yonhap) -- North Korea's official newspaper highlighted the importance of "self reliance" and "fight" against outside powers on Thursday in an apparent bid to strengthen national unity as denuclearization talks with Washington remain deadlocked.

The Rodong Sinmun made the call, a day after state media reported leader Kim Jong-un's visit to Mount Paekdu, considered the birthplace of his late father and the sacred highest peak on the Korean Peninsula, amid speculation that the trip may suggest a major policy change could be forthcoming.

The paper carried a series of columns written in the names of high-ranking officials on Thursday, urging intensified efforts for self reliance and a fight against outside forces' scheme to isolate and oppress the North.

Pak Kwang-ho, a vice chairman of the central committee of the Workers' Party, also urged people to become "patriots" armed with revolutionary traditions left behind by late founder and the current leader's grandfather, Kim Il-sung.

On Wednesday, Pyongyang's state media reported that leader Kim rode a horse to Mount Paekdu and "revolutionary battle sites" where his late grandfather staged anti-Japanese and independence struggles, calling for a fight against "imperialists" and "class enemies."

His trip to the mountain was the second of its kind since October when he visited there, slamming the U.S. for maintaining sanctions against Pyongyang and calling for self-reliance against such hostile acts.

This week's trip there raised speculation that he could consider a major policy change as his visits to the mountain have preceded big political or diplomatic decisions.

Pyongyang has demanded Washington come up with acceptable proposals in their denuclearization negotiations before the end of this year. Kim said that he could take a "new way" if Washington fails to do so.

Nuclear talks have been stalled since the summit between Kim and U.S. President Donald Trump in February broke down as they remained far apart over how to match Pyongyang's denuclearization steps with Washington's sanctions relief and other concessions. 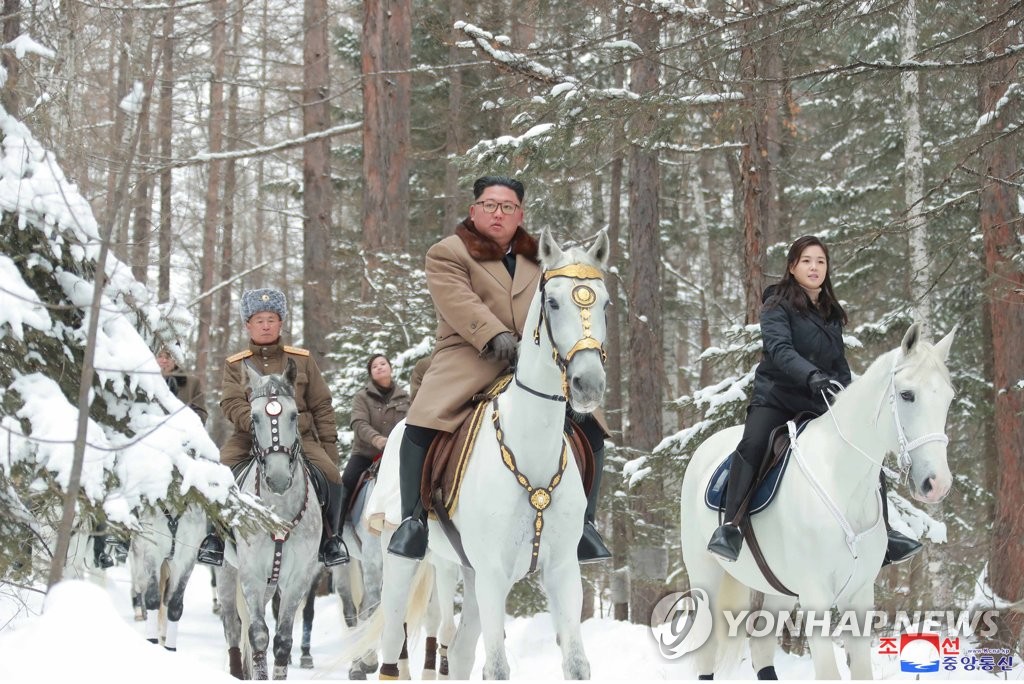