Doosan Bears' left fielder/designated hitter Kim Jae-hwan made a surprising request on Thursday to be posted for Major League Baseball (MLB) clubs. The Bears said they've asked the Korea Baseball Organization (KBO) to inform MLB of Kim's availability. And once MLB officially posts Kim for its 30 teams, any interested club will be able to talk with the 2018 KBO regular season MVP during a 30-day negotiating period. 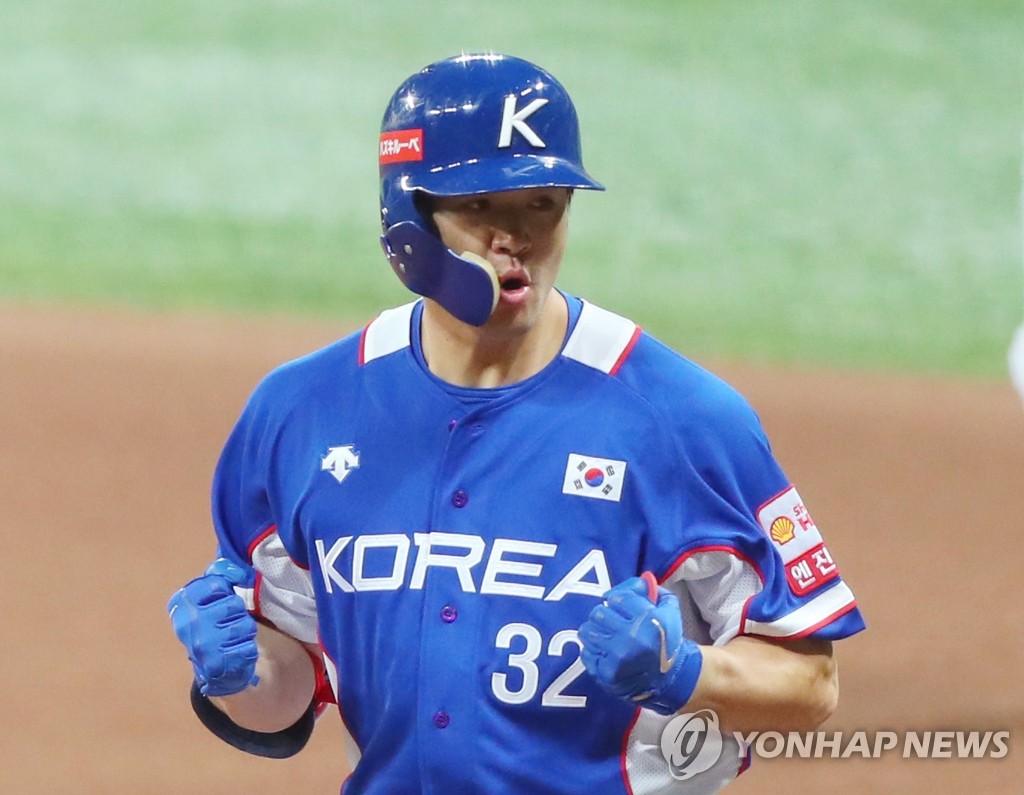 That 2018 season produced some video game-like offensive numbers across the board. In an attempt to achieve more balance between hitting and pitching, the KBO switched to a bigger ball with less bounce off the bat. The upshot was a league-wide drop in batting stats, and Kim, like many other sluggers, saw his numbers dip in 2019. And based on his most recent season, it seems almost counterintuitive for him to take a crack at reaching the majors.

Secondly, it hadn't even been clear if Kim was eligible for posting in the first place.

KBO players must play seven full seasons or their equivalent to be posted. They must stay on the active roster for 145 days to qualify for a full season.

Kim made his KBO debut with the Bears in 2008 but missed the next two years while serving in the military. He remained a fringe player upon rejoining the Bears for 2011 and didn't become a full-time player until 2016.

According to the KBO, Kim was 47 days short of completing his seventh full season and qualifying for posting at the conclusion of the 2019 season. But by representing South Korea and helping the country qualify for next year's Olympics, Kim received an additional 60 days of service time from the KBO.

The KBO offered the extra days as a bonus for national team players at the World Baseball Softball Confederation (WBSC) Premier12 tournament, which doubled as an Olympic qualifying event. Making the team alone was good for 10 days, and with South Korea finishing in second place, the players earned an additional 20 days. The berth in the 2020 Tokyo Olympics was worth another 30 days.

This can help players hit free agency faster than they normally would -- the service time requirement is nine full seasons for high school graduates and eight for college grads -- and it turned out Kim was the biggest beneficiary, as he got his seventh season under his belt.

But since KBO and teams don't make announcements on players' service time, MLB scouts working in South Korea were kept in the dark about Kim's potential future in the bigs.

One scout said he didn't expect Kim to ask to be posted this year and admitted he didn't keep close tabs on the player. Another scout who did called Kim "a defensive liability" in left field.

And advanced fielding numbers rate Kim as a poor outfielder. Those categories include fielding runs above average with positional adjustment, which focuses on the number of plays made by the player compared to the average number of plays made by others at the same position. Kim checks in at -3.46, which puts him in eighth among 12 players who played at least 50 games in left field.

A third big league scout said Kim brings "plus power" but little else.

"He's a question mark in all other aspects," the scout said on the condition of anonymity. "He also has had trouble catching up to fastballs in the KBO."

Unflattering assessments aside, Kim started pushing the Bears to post him as soon as he became eligible.

Bears' general manager Kim Tae-ryong said the player was so determined to reach MLB that he had no choice but to grant him his wish.

"He said this would be his last opportunity to pursue his dream," the general manager said. "We decided to help him realize that dream, considering how much he's done for our club."

One other Bears official said while Kim must have been dreaming of playing in the majors all along, he was still surprised that the player asked to be posted after the Premier12.

Without the Premier12 bonus, Kim would have been eligible for posting after next season. He's not exactly a young pup at 31, and Kim's Seoul-based agent, Kim Pyung-ki of Sportizen, said he and the player both felt they couldn't wait for another season.

Kim Pyung-ki said he first contacted CAA Sports during last year's MLB Winter Meetings, with an eye on getting Kim Jae-hwan to the majors down the road. While scouts in South Korea may not have enough on the player to report to their teams, the agent said CAA Sports has "enough data" on the player to send to interested MLB clubs. 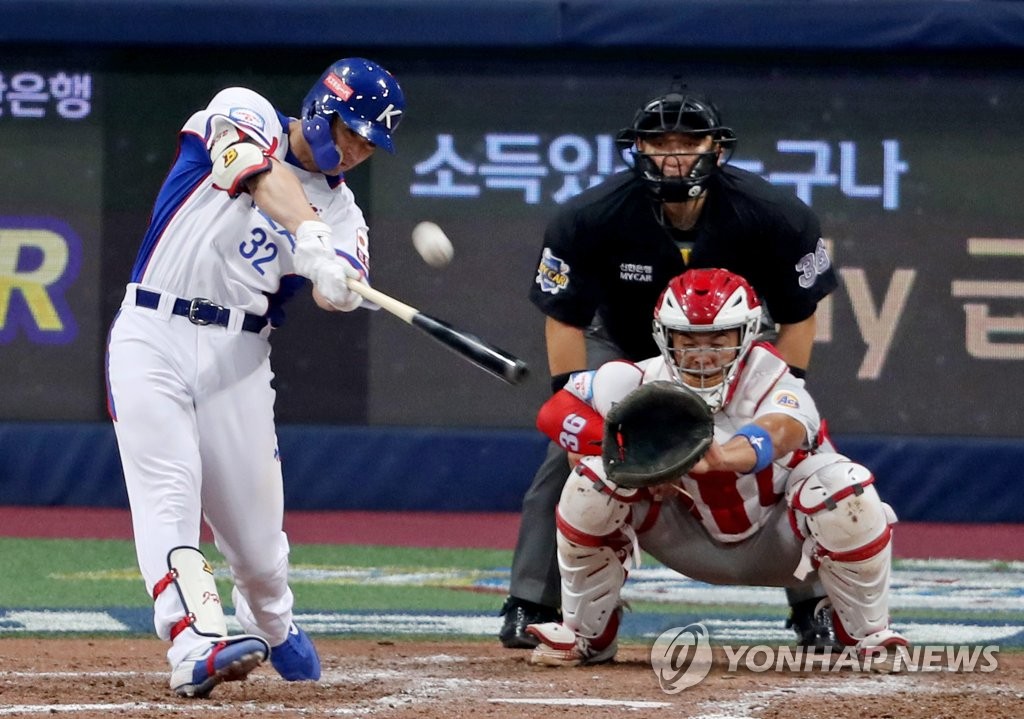 "We feel like we have a chance to get a deal done this year," he said. "As important as scouting reports are, I think the key is to put the right people in place to negotiate."

If Kim signs a deal, the Bears will receive a release fee, depending on the amount of Kim's salary.

If the guaranteed value of Kim's deal is US$25 million or less, then the release fee will be 20 percent of the contract.