SEOUL, Dec. 5 (Yonhap) -- The foreign and defense chiefs of South Korea and Australia will hold talks in Sydney next week to discuss joint efforts for regional security and other issues of mutual concern, Seoul's foreign ministry said Thursday.

Foreign Minister Kang Kyung-wha and Defense Minister Jeong Kyeong-doo will hold the "two plus two" talks with their respective Australian counterparts, Marise Payne and Linda Reynolds, next Tuesday, the ministry said in a release.

The ministers will also meet bilaterally with their counterparts, it said.

The discussions will center on stepping up cooperation in security issues including nonproliferation, cybersecurity and terrorism and exploring ways to work together to promote South Korea's key New Southern Policy and Australia's Indo-Pacific strategy.

They will also share their assessments on the situation on the Korean Peninsula and North Korea's denuclearization, the ministry added.

The two countries have held the ministers' meeting biennially since 2013 as part of broader efforts to strengthen joint efforts for regional issues.

During the planned two-way talks with Payne, Kang is expected to discuss cooperation in people-to-people exchanges, infrastructure, natural resources and energy, according to the ministry. 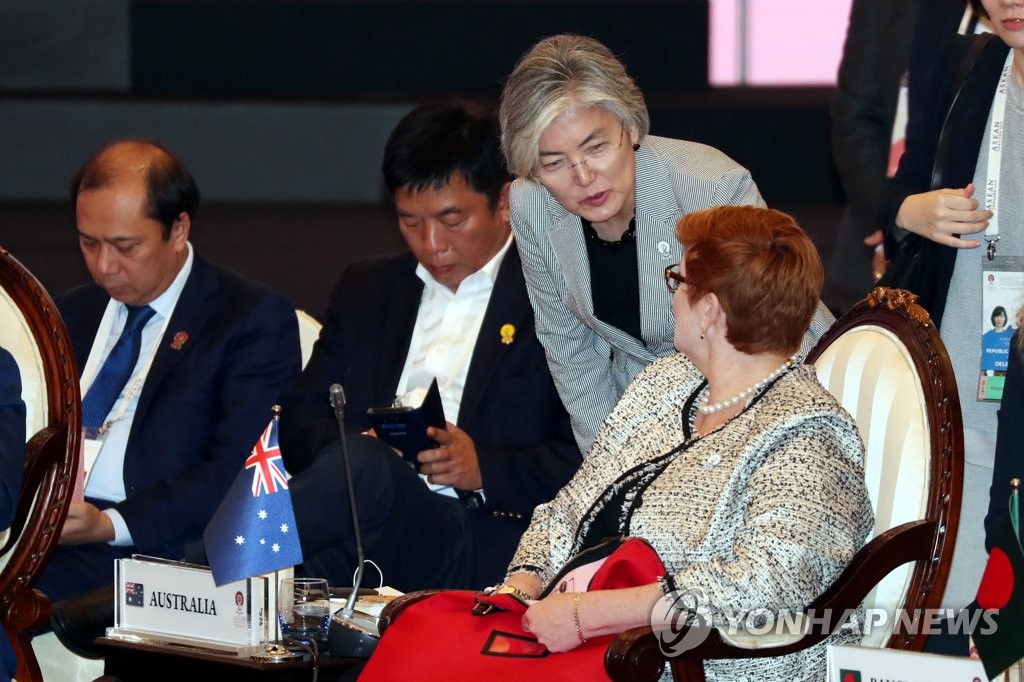