SEOUL, Dec. 5 (Yonhap) -- A senior North Korean official said Thursday that U.S. President Donald Trump's recent remarks hinting at the use of military force against Pyongyang and belittling its leader Kim Jong-un will be a "very dangerous challenge" if they were not made in error.

North Korean First Vice Foreign Minister Choe Son-hui made the remarks in a statement carried by the North's official Korean Central News Agency, warning that Pyongyang could resume the tit-for-tat name-calling against the U.S. if similar expressions are used again.

While attending a NATO summit in Britain on Tuesday, Trump said Washington could use force if it must, urging North Korea and its leader Kim to honor their agreement to denuclearize, referring to him as "Rocket Man."

"It would be fortunate if the utterances of the use of military force and the title of figurative style made by President Trump were an instantaneous verbal lapse, but matter becomes different if they were a planned provocation that deliberately targeted us," Choe was quoted as saying.

The senior diplomat said what is more displeasing is that Trump referred to Kim as "Rocket Man," an expression the U.S. leader used when they exchanged barbed remarks against each other amid heightened tensions.

"If such phrases emerge once again and they are once again confirmed to be a calculated provocation of the U.S. against us, we will also start harsh language against the U.S. to counter it," she said.

Choe also said it should be diagnosed as the "relapse of the dotage of a dotard" if any words "stoking the atmosphere of confrontation are used once again on purpose at a crucial moment as now."

In 2017, Trump and Kim exchanged threats and insults against each other, with Trump belittling Kim as "Little Rocket Man" and the North calling Trump a "mentally deranged U.S. dotard."

Yet, in an apparent effort to prevent the situation getting worse, Choe added at the end of the statement that Kim has not used any harsh words against Trump.

Choe's statement came one day after Pak Jong Chon, chief of the General Staff of the Korean People's Army, lashed out at Trump in a separate release, saying that Pyongyang will also take "prompt corresponding action at any level" if the U.S. uses force against the North.

The nuclear negotiations between the U.S. and North Korea remain stalled since the second Trump-Kim summit in Hanoi ended without a deal in February.

The two sides held their last working-level talks in October in Stockholm, but the meeting broke down again, with Pyongyang accusing Washington of failing to come up with a new proposal.

Amid the deadlock, North Korea said Wednesday it will convene a key meeting of the ruling Workers' Party later this month to decide on "crucial issues," raising speculation that a major policy change could be forthcoming, possibly with regard to nuclear negotiations with the United States. 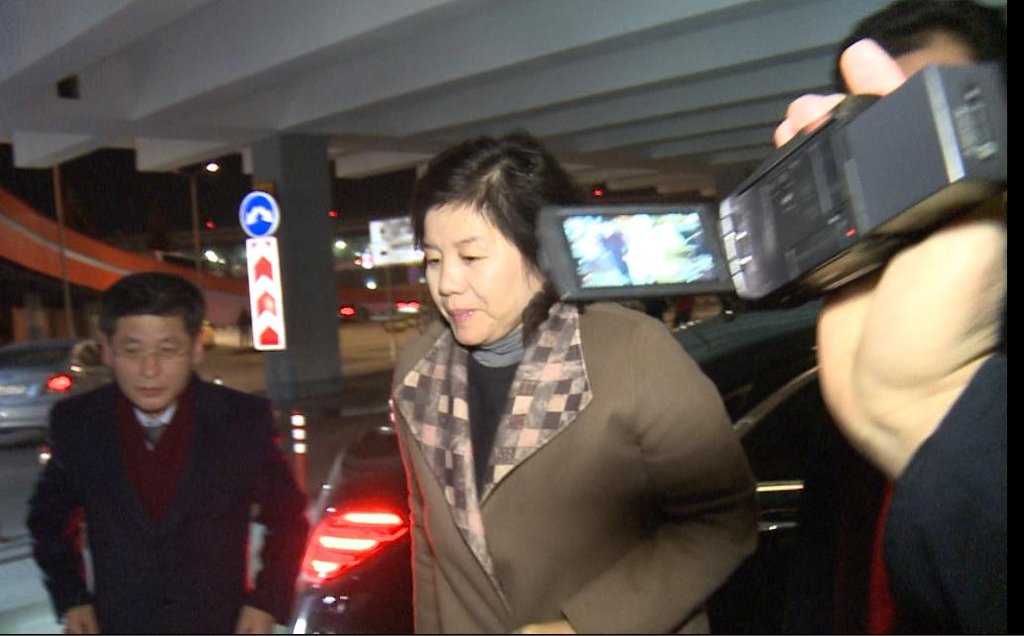