SEOUL, Dec. 6 (Yonhap) -- South Korea went down one notch to rank as the fourth-largest trading partner of Japan in October, data showed Friday, indicating that demand for Japanese goods here has been weak amid the trade row between the two Asian neighbors.

South Korea accounted for 5.8 percent of Japan's exports in October, according to the data compiled by the Korea International Trade Association and the Japan Tariff Association.

The data made South Korea Japan's fourth-largest export destination after having been one of the top-three export partners for Japan, along with the United States and China, since June 2005. Taiwan, meanwhile, moved up to become No. 3 export partner for Tokyo in the month.

It also marked the first time since April 2001 for South Korea to account for less than 6 percent of Japan's monthly exports, the data showed. 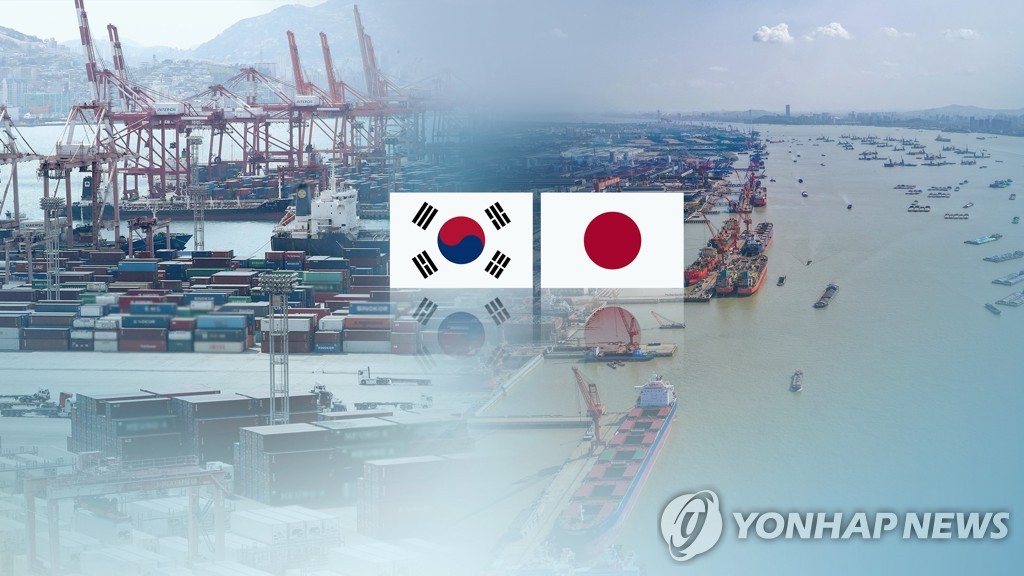 South Korea, on the other hand, remained as the fifth-largest importer of Japanese goods, maintaining the position for a third consecutive month, indicating the trade row had more of an adverse impact on Japan's outbound shipments.

Bilateral ties between Seoul and Tokyo have been icy since Japan imposed restrictions on exports of three industrial materials critical for South Korea's chip and display industries in July. Japan later removed South Korea from its list of trusted trading partners.

Seoul believes the move was economic retaliation against a Seoul court ruling that ordered compensation for Koreans forced into labor during Japan's 1910-45 colonial rule of the Korean Peninsula.

Tokyo's decision sparked a boycott of Japanese consumer products here, with the number of Japanese cars sold here plunging 58.4 percent from a year earlier in October.

The two countries will hold the director-general level talks in Tokyo on Dec. 16 to settle the row.

The meeting will mark the first high-level talks between the two Asian neighbors after Seoul "conditionally" suspended the termination of the General Security of Military Information Agreement with Japan last month.