(ATTN: UPDATES throughout with quote of GM CEO and details; ADDS photo)
By Kim Kwang-tae

LG Chem and GM said they will invest up to a total of US$2.3 billion through the joint venture company.

The joint venture will set up a battery cell assembly plant in the Lordstown area of northeast Ohio. Groundbreaking is expected to take place in mid-2020.

Battery cells to be produced at the plant will be supplied to GM's battery-electric vehicles, according to LG Chem.

The plant's annual production capacity will reach more than 30 gigawatt hours (GWh), which is enough to supply batteries for 500,000 electric vehicles.

"It marks the beginning of a great journey that will create an emission-free society and transform the global automotive market into an eco-friendly era," Shin said in a ceremony at the GM Global Tech Center in Michigan, according to the company. 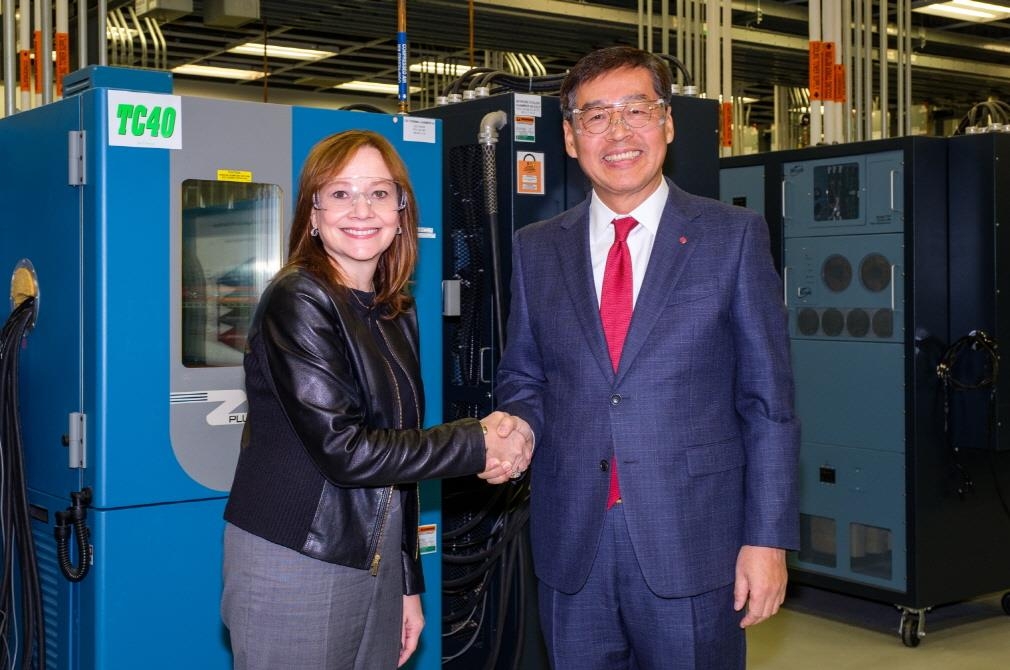 The latest investment could help strengthen LG Chem's position as a global market leader in the EV battery sector.

An electric vehicle equipped with LG Chem batteries can travel about 380 kilometers on a single charge, according to LG Chem.