"South Korea's nuclear energy industry advanced to another level through the completion of two reactors," KHNP President Chung Jae-hoon said at the ceremony.

The construction of the two Korean-designed APR-1400 pressurized water reactors started in 2007. The budget allocated to build the two reactors was 7.5 trillion won (US$6.3 billion), according to the KHNP. 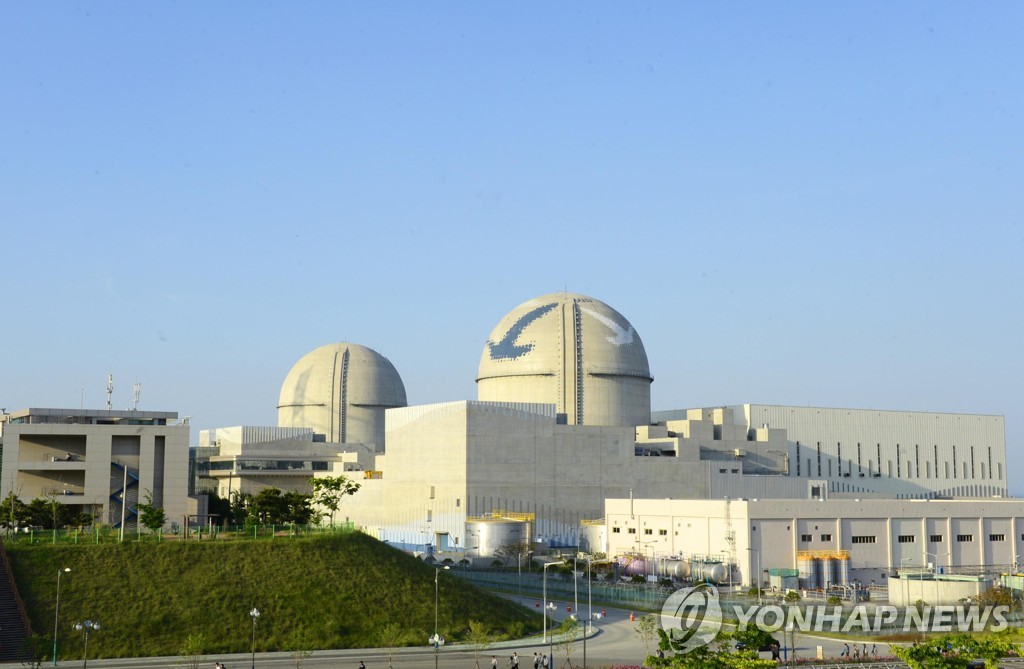 South Korea has been pushing to sell the APR-1400 model to other countries by winning certificates from European and U.S. organizations, after selling four units of the reactors to the United Arab Emirates (UAE).

The two reactors stand out from other existing plants as they boast a longer life span of 60 years, which is 20 years longer than others.

They can also endure earthquakes with a magnitude beyond 7.0, significantly improving from the previous 6.5, the operator added.

The vision marks a drastic change from 2017, when renewable sources were responsible for roughly 7.6 percent. Coal-fired thermal power accounted for 43 percent of South Korea's power generation in that year, followed by nuclear power with around 27 percent, according to data from the energy ministry.

South Korea nevertheless did not cancel ongoing projects, claiming the country's phase-out nuke policy will be carried out in a gradual and slow manner without abrupt changes.

Two more reactors, the Shin Kori-5 and Shin Kori-6, are under construction and are set to be completed in 2023 and 2024, respectively.