SEOUL, Dec. 6 (Yonhap) -- South Korea was in the grip of the season's coldest weather on Friday morning.

The morning low in Seoul was minus 10.6 C, the lowest this winter and much lower than the 30-year average of minus 1.8 C, the Korea Meteorological Administration said.

The cold was caused by the combination of freezing air flowing from northern China and radiation cooling, which occurs when air near the ground is cooled by the Earth's surface losing heat by radiation, according to the weather service.

Temperatures are expected to rise above zero in the afternoon in most parts of the country, except some mountainous areas, the agency said. 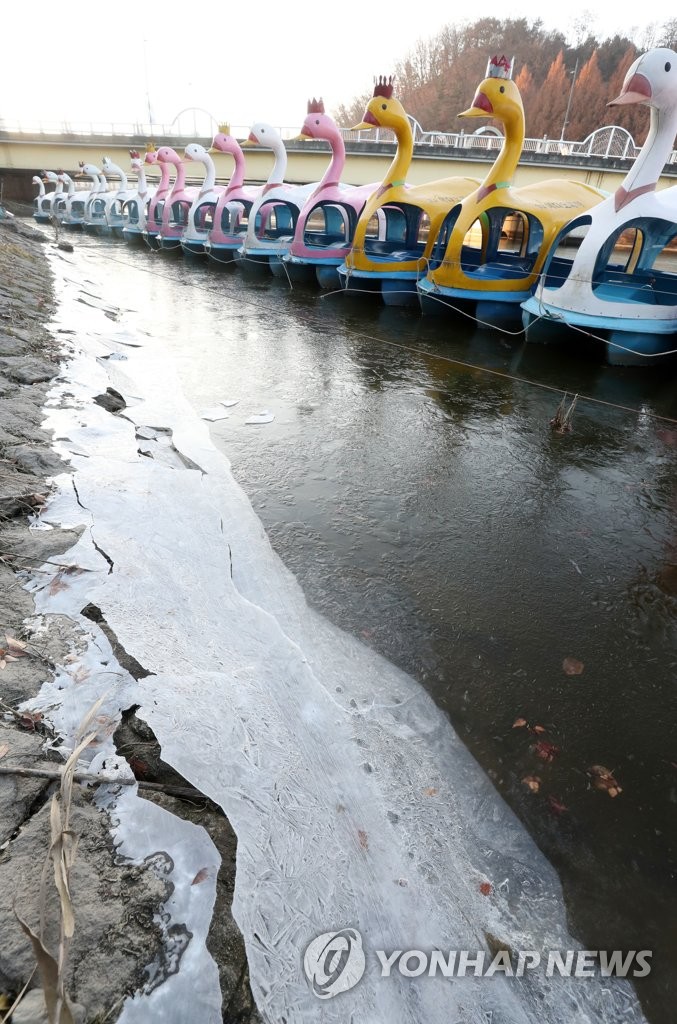