The total number of wild boars infected with the virus here has reached 41 since the first such case was reported in October, according to local quarantine authorities.

On Saturday, the National Institute of Environmental Research confirmed two new cases in Cheorwon, a town near the border with North Korea, on top of 39 cases.

The animal disease was detected om South Korea for the first time at a farm bordering North Korea on Sept. 17.

So far, the country has confirmed 14 cases of ASF at local farms in total, although the last case from domesticated pigs was reported on Oct. 9.

Although the incubation period is around three weeks, authorities still remain vigilant as another outbreak can happen anytime through wild boars. As part of preventive measures, South Korea has already culled nearly 400,000 pigs.

Last month, South Korea also completed the construction of fences totaling 118 kilometers in length and 1.5 meters high in Gyeonggi and Gangwon Province in an effort to prevent the travel of wild boars.

"It is vital to quickly search and eliminate the carcasses (of wild boars) to prevent the spread of the virus," an official from the National Institute of Environmental Research said. "We plan to carry out an exhaustive investigation to find more infected bodies."

All cases, both from domestic pigs and wild boars, were reported from the north of Seoul. Local authorities have been putting their top priority on containing the virus from traveling to other areas. 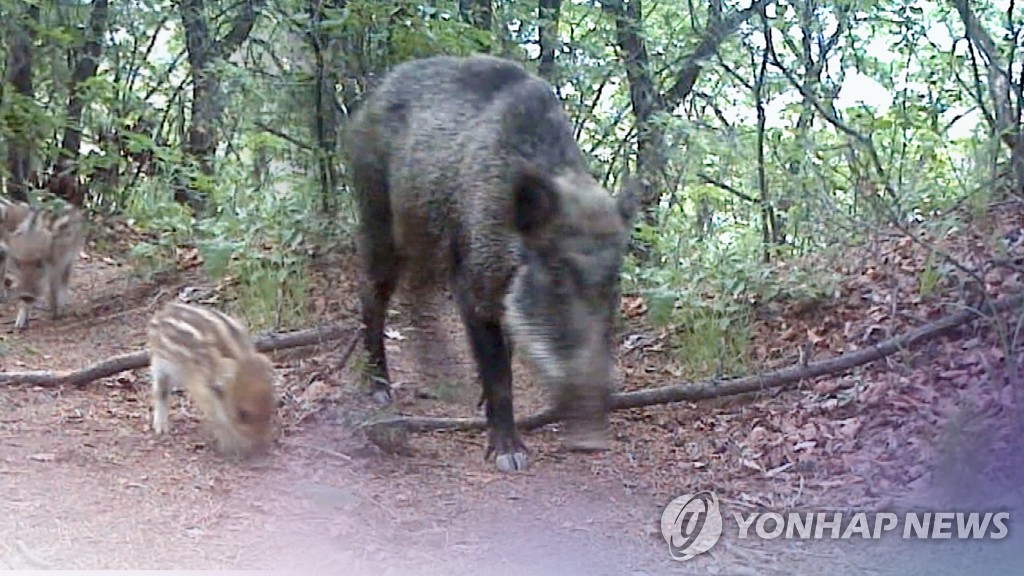