It marked the first time in four months that Moon's popularity rating has surpassed the proportion of negative assessments in the agency's survey.

The rating of public support for Moon ascended 2 percentage points on-week to 48 percent in the poll of 1,006 voters nationwide conducted from Tuesday till Thursday, according to Gallup. Forty-five percent of respondents negatively assessed his presidency, down 1 percentage point. The margin of error is plus and minus 3.1 percentage points. 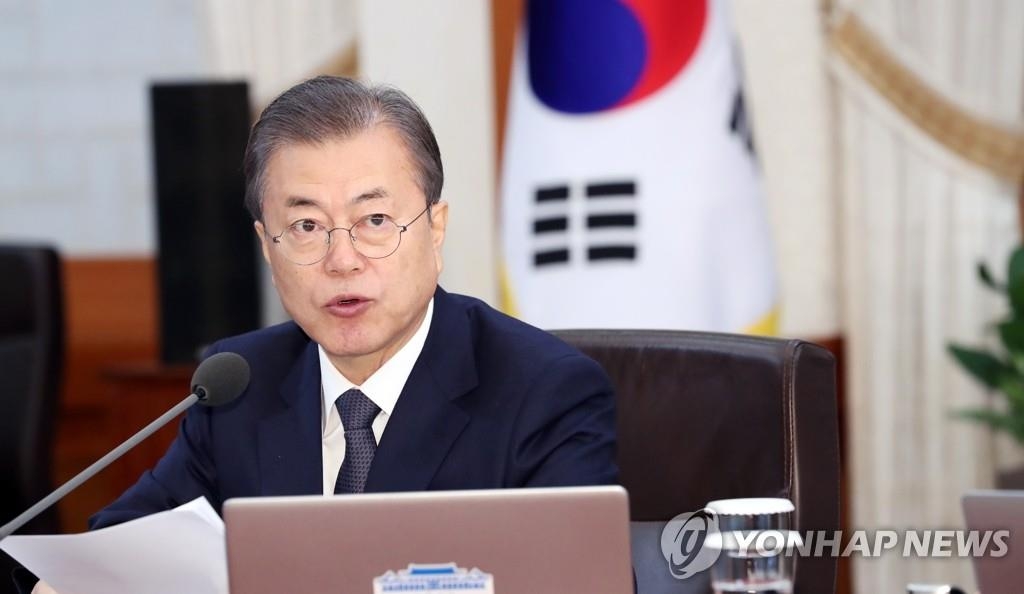 Moon's rating took a direct hit from his pick of Cho Kuk as justice minister in early August despite suspicions over Cho's daughter's schooling and an investment in a private equity fund by his wife. It has rebounded since Cho's resignation.

On a survey of preferences for the next president, Prime Minister Lee Nak-yon ranked first with 26 percent followed by LKP leader Hwang Kyo-ahn with 13 percent and Gyeonggi Province Governor Lee Jae-myung with 9 percent.