As one of America's major intelligence-gathering assets, the aircraft collects data related to missile launches, such as the movement of transporter erector launcher vehicles and electronic signals.

The spy planes' operations were the latest in a series of flights conducted by the U.S. around the peninsula, including those involving the navy's P-3C maritime surveillance plane and the RC-135U Combat Sent aircraft.

The operations came amid little progress in nuclear negotiations between Washington and Pyongyang, with U.S. President Donald Trump on Tuesday even hinting at the possibility of using military force against North Korea, if necessary.

North Korea immediately reacted to Trump's remarks, with Pak Jong-chon, chief of the General Staff of the North's Korean People's Army, issuing a statement, saying that Pyongyang will take "prompt corresponding action at any level" if the U.S. uses force against the North.

North Korea test-fired a super-large multiple rocket launcher last week in the 13th round of major weapons tests this year. 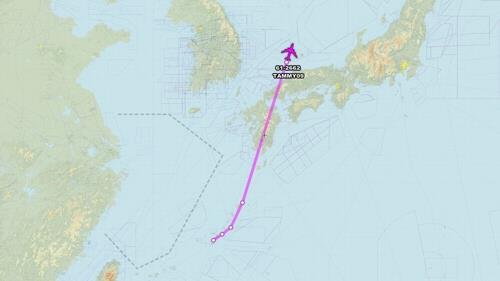