"Speaker Moon decided that he would not to sit out (the chance to convene) a plenary National Assembly meeting on Monday and Tuesday as the end of the current regular parliamentary session is a few days ahead," parliamentary spokesperson Han Min-soo told reporters.

"Moon disclosed his plan to hold the plenary meetings to review the state budget and related bills as well as other pending (fast-track) bills," Han said.

The decision was announced after major political parties failed Friday to reach an agreement to normalize parliament.

The floor leaders of the ruling Democratic Party (DP), main opposition Liberty Korea Party (LKP) and minor opposition Bareunmirae Party were close to reaching a consensus under which the LKP would withdraw its filibuster of 199 pending bills in return for the ruling party's postponement of the contentious fast-track bills.

The contentious bills include those on electoral reform and setting up an anti-corruption unit.

The parties failed to reach a final deal, however, as the LKP walked out of the final negotiations.

"Over the negotiation, the ruling and opposition parties have continued in-depth discussions ... but they failed to come up with a final consensus," the spokesperson said.

Responding to the announcement, LKP floor leader Na Kyung-won attributed her veto of the deal to the party's forthcoming election of a new whip, slated for Monday morning.

"(The LKP) started the process to elect the new floor leader (today).... It is not appropriate for me to (negotiate the deal) when I do not know what strategies the my replacement would seek," she told reporters.

Her one-year term as LKP floor leader ends Tuesday, as the party has decided not to renew her tenure.

A filibuster involves lawmakers speaking for extended periods as a way to prevent a parliamentary vote or delay the passage of a bill.

The spokesperson also said Moon is still pressing the parties to find common ground before the planned parliamentary plenary meetings next week.

Amid the continued partisan row, the National Assembly missed the legal deadline to handle the state 2020 budget proposal on Monday. 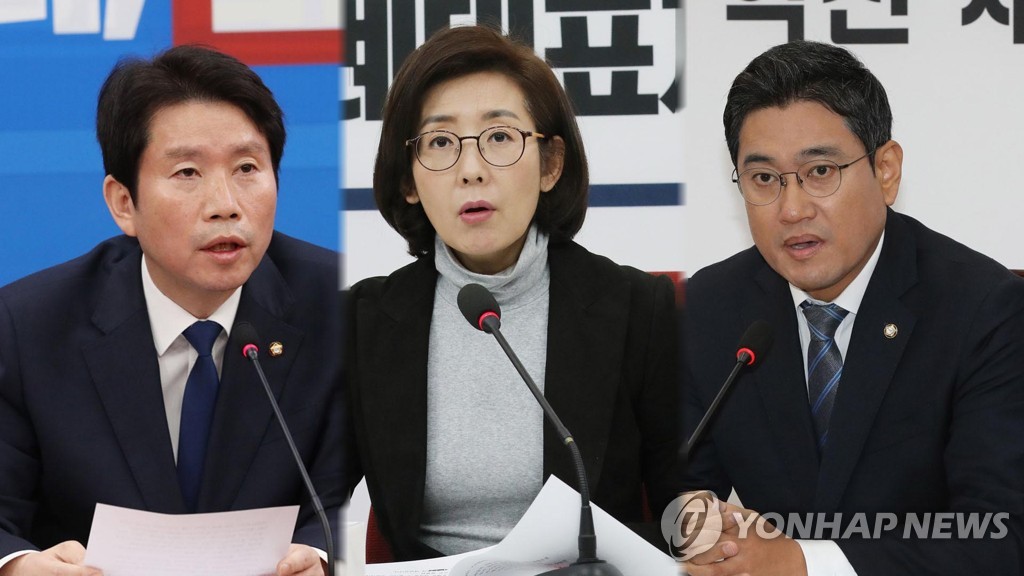