SEOUL, Dec. 6 (Yonhap) -- President Moon Jae-in will meet with Bono, philanthropist and lead vocalist of Irish rock band U2, next week at the presidential office, according to the office on Friday.

The meeting slated for Monday at Cheong Wa Dae has been arranged on the sidelines of U2's South Korea leg of its globe-trotting Joshua Tree Tour 2019, intended to commemorate the 30th anniversary of the band's 1987 album "The Joshua Tree."

U2 is scheduled to perform on Sunday at Gocheok Sky Dome in Seoul, the band's first concert in South Korea in its 43-year career.

Bono, whose real name is Paul David Hewson, has been nominated for the Nobel Peace Prize multiple times for his philanthropic efforts, including a campaign to cancel Third World debt.

Having founded the ONE campaign with activist Bobby Shriver, Bono has also been leading efforts to fight extreme poverty and preventable disease around the world, and particularly in Africa.

Moon's meeting with Bono is likely to touch upon global issues, possibly including peace-building efforts on the Korean Peninsula. 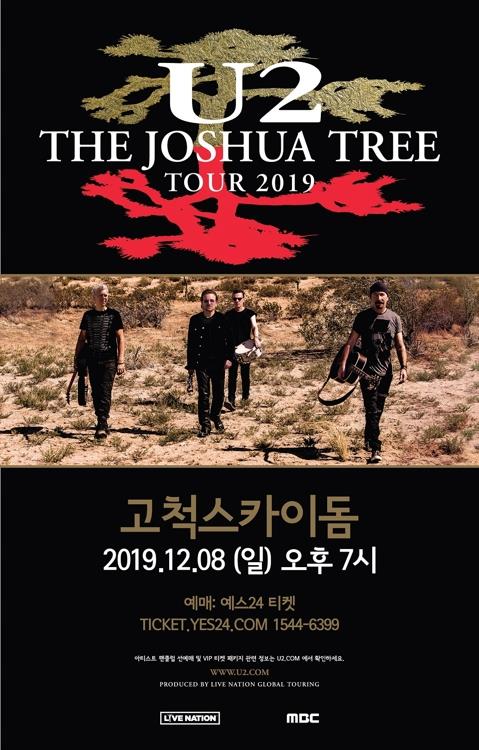