The Bears announced on Sunday that the 25-year-old right-hander will make US$1 million, the maximum amount allowed for first-year foreign players in the Korea Baseball Organization (KBO).

Flexen, a 14th-round draft pick by the New York Mets in 2012, made his big league debut with the same club in 2017. One of the Mets' top prospects who had Tommy John surgery to repair elbow ligament damage in 2014, Flexen has 27 major league games to his credit, including 11 starts, with a 3-11 record and a 8.07 ERA. 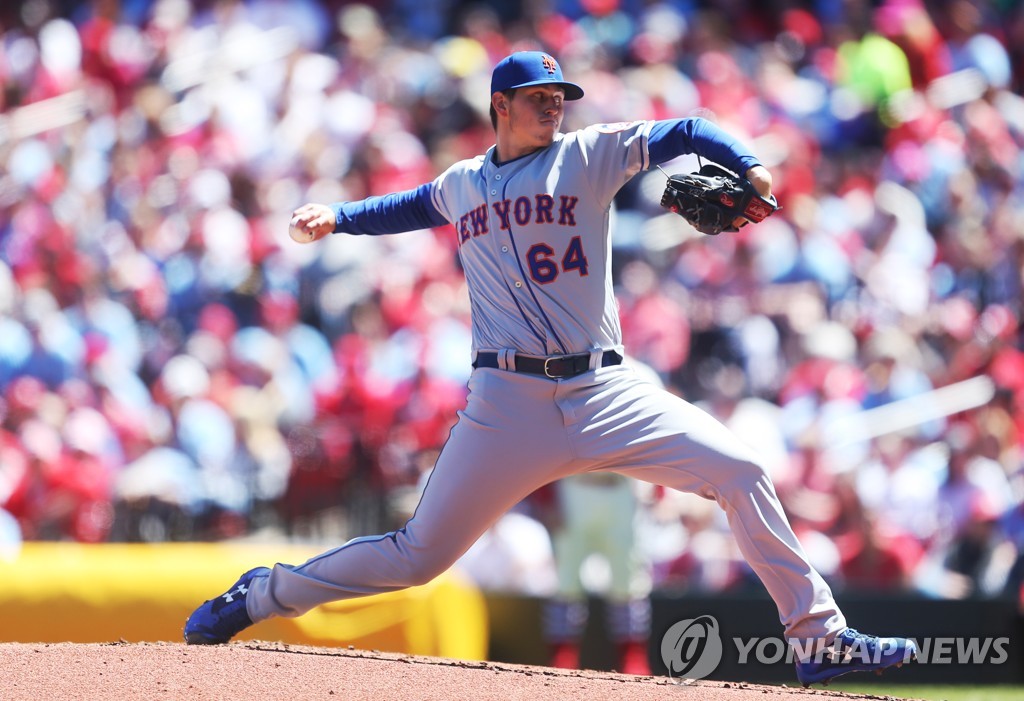 The Bears said Flexen can dominate hitters with a fastball that touches 157 kilometers per hour, and he also throws a slider, a curve and a changeup.

KBO teams are each allowed to sign up to two foreign pitchers, and they had parted ways with both of their American hurlers from the 2019 season, Josh Lindblom and Seth Frankoff.

Lindblom, who was voted the regular season MVP after going 20-3 with a 2.50 ERA, is seeking a return to the majors. Frankoff was 9-8 and had a 3.61 ERA, and the Bears cut ties with him after the injury-plagued season.

To fill the one remaining foreign pitcher spot, the Bears are in talks with Raul Alcantara, who went 11-11 with a 4.01 ERA in 2019 with another KBO club, the KT Wiz.