SEOUL, Dec. 9 (Yonhap) -- South Korea will be in pursuit of both the men's and women's titles when they open an East Asian football tournament as the host country starting Tuesday.

The East Asian Football Federation (EAFF) E-1 Football Championship will kick off in the southeastern port city of Busan on Tuesday for a nine-day run. 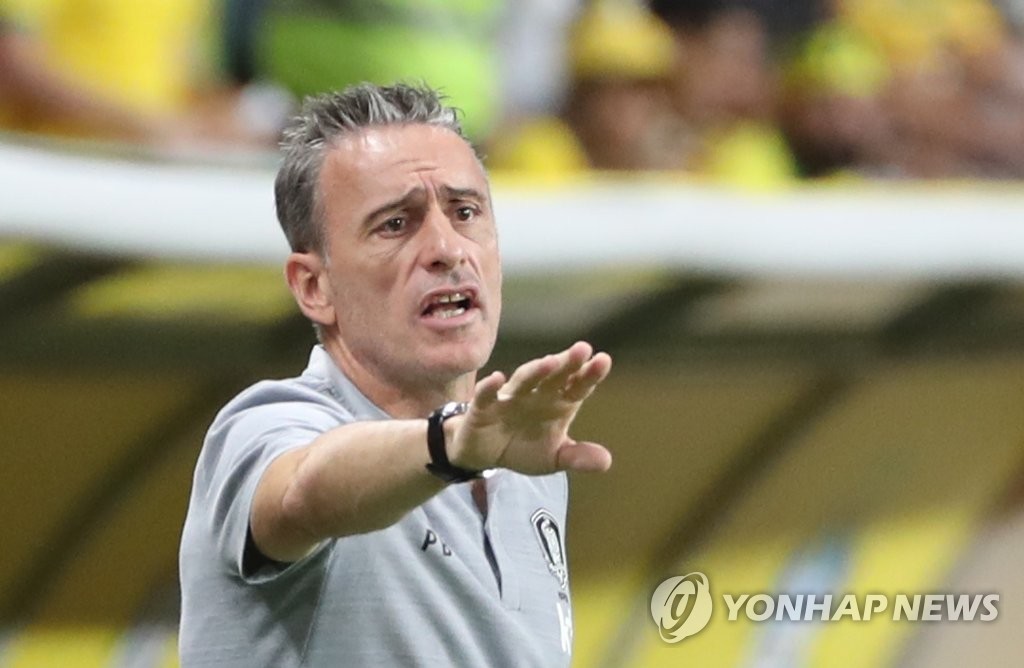 The South Korean men, coached by Paulo Bento, will try to win their third straight championship, while the women's team, coached by Colin Bell, will seek to win South Korea's first title since 2005.

The EAFF's signature biennial tournament began in 2003 with the men's competition only, and the women's tournament was added in 2005. No country has swept the men's and women's trophies in the same year.

On the men's side, South Korea lead all countries with four titles overall.

This will be the second international tournament for Bento, whose team lost in the quarterfinals of the Asian Football Confederation (AFC) Asian Cup in January this year.

South Korea boast superior head-to-head records against all three opponents: 41-23-14 (wins-draws-losses) against Japan, 19-13-2 against China and 20-5-2 against Hong Kong. 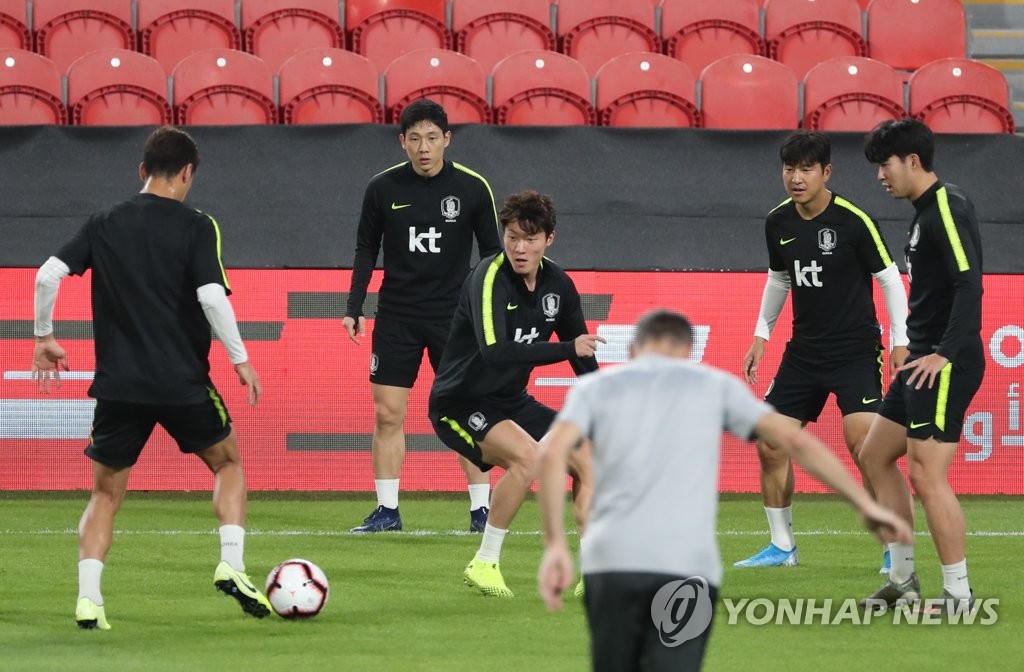 The E-1 Championship isn't part of FIFA's international match calendar, and clubs aren't obliged to release their South Korean players for this event. Bento will thus be without the services of his usual attacking aces, such as Son Heung-min of Tottenham Hotspur and Hwang Hee-chan of FC Red Bull Salzburg.

Bento has instead filled his team almost entirely with players from leagues in South Korea, China and Japan, the lone exception being Vancouver Whitecaps FC midfielder Hwang In-beom.

But South Korea won't be short on talent, as Kim Bo-kyung, the reigning K League 1 MVP for Ulsan Hyundai, will be manning the midfield, alongside the MVP runner-up, Mon Seon-min of Jeonbuk Hyundai Motors.

Most of the mainstays on defense are back, led by Jeonbuk's Kim Jin-su, Beijing Guoan's Kim Min-jae and Gamba Osaka's Kim Young-gown.

Jo Hyeon-woo of Daegu FC, named the K League 1's top goalkeeper for the third straight season in 2019, will be back in net, and he and Ulsan Hyundai veteran Kim Seung-gyu will be battling for the No. 1 job.

South Korea will open the tournament against Hong Kong on Wednesday and then face China on Sunday. For the finale, the host country will be up against Japan on Dec. 18. All men's matches will be played at Busan Asiad Main Stadium at 7:30 p.m. 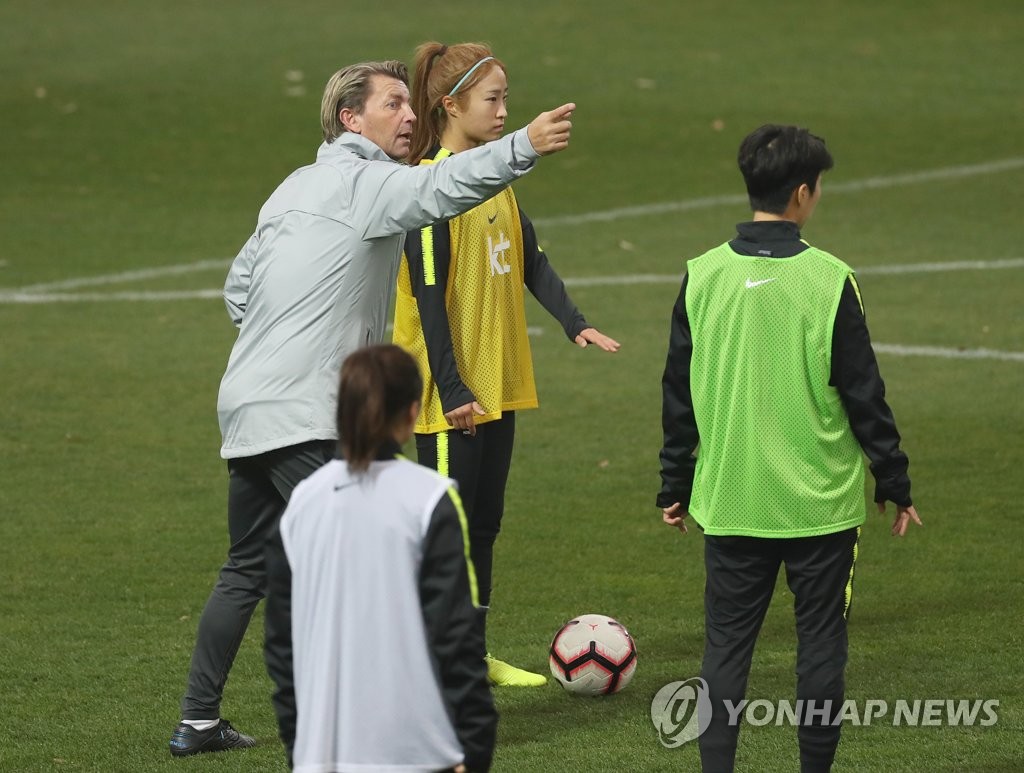 The competition in the women's tournament is wide open, after North Korea, the three-time defending champions, pulled out in October.

The tournament will be the South Korea coaching debut for Bell, an Englishman who was hired in October.

Compared with the men's national team, the women's team has typically relied more heavily on players from overseas leagues, due to the shallow depth of talent among clubs in the domestic WK League.

Getting past Japan or China with the depleted roster will be a tall order for Bell. His primary objective should be to give some WK League looks and get his fingerprints on the team before the Olympic qualifying tournament in February on Jeju Island. 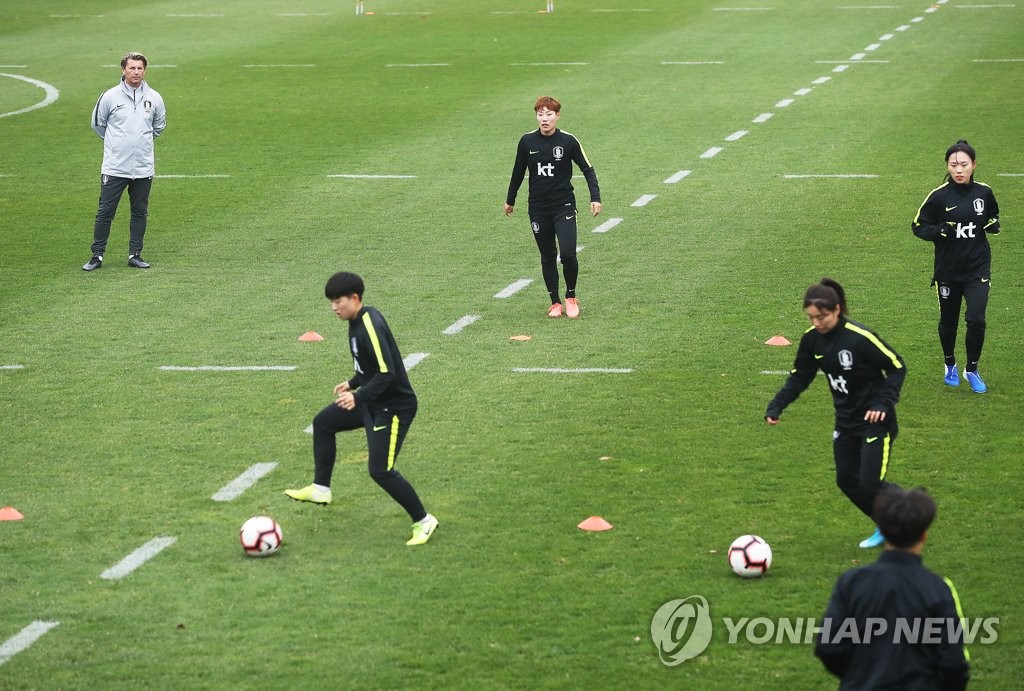