In the first 10 months, Hyundai and Kia sold a combined 291,237 eco-friendly models in global markets, according to the data from the Korea Automobile Manufacturers Association (KAMA).

Among them, plug-in hybrid electric, all-electric and hydrogen fuel-cell electric vehicles (EVs) rose to account for 40.8 percent, or 118,731 units, while that of gasoline hybrid models was 59.2 percent, KAMA said. 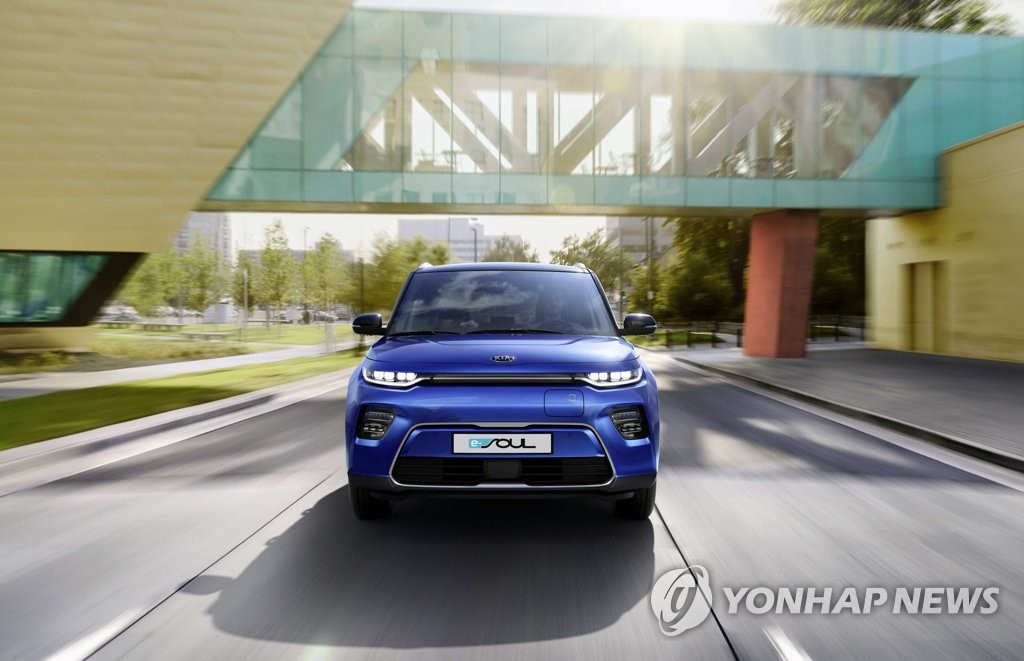 KAMA expected the ratio of gasoline hybrid models to end up at below 60 percent on lower demand for the whole of 2019.

Hyundai launched the BlueOn subcompact 5-door hatchback, the country's first all-electric car, in 2011, and Kia came up with the all-electric Ray mini car in 2012.

But demand for those electric models remained weak, with the sale of gasoline hybrid models accounting for over 95 percent of eco-friendly model sales.

Sales of electrified models began to increase in 2014 when Kia unveiled the Soul EV boxcar. Kia's Niro EV and Kona Electric models launched in 2016 and 2017, respectively, have received a strong response in the markets.

As global carmakers are vying to gain a leading edge in the emerging EV markets, Hyundai and Kia plan to further strengthen their EV model lineups.

Over 98 percent of them were from Hyundai and Kia, which together form the world's fifth-biggest carmaker by sales.