The U.S. RC-135W Rivet Joint was spotted flying over the Korean Peninsula at 31,000 feet, Aircraft Spots said on its Twitter account without specifying the exact time of the operation.

The latest flight came after North Korea said it carried out "a very important test" at its Sohae Satellite Launching Ground on Saturday, referring to its Dongchang-ri site in North Pyongan Province.

Though it did not elaborate on what it tested, experts say the test appears to have involved a new type of rocket engine that could be used for its new long-range rockets or intercontinental ballistic missiles (ICBMs).

As the communist country has ratcheted up tensions through military moves, the U.S. has flown several types of its surveillance aircraft over the Korean Peninsula often in recent days on an apparent mission to monitor North Korea. This month alone, the Rivet Joint was deployed three times over South Korea. 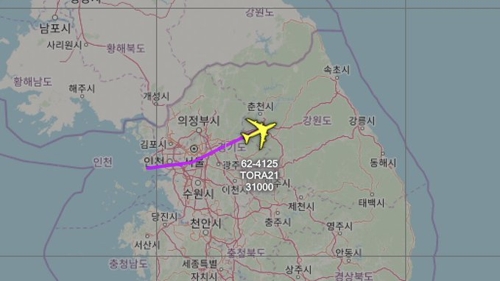