SEOUL, Dec. 9 (Yonhap) -- American right-hander Jake Brigham will be back in a Kiwoom Heroes uniform for the fourth consecutive season.

The Korea Baseball Organization (KBO) club announced on Monday that they've re-signed Brigham for a new one-year deal worth US$950,000, which includes performance-based incentives. 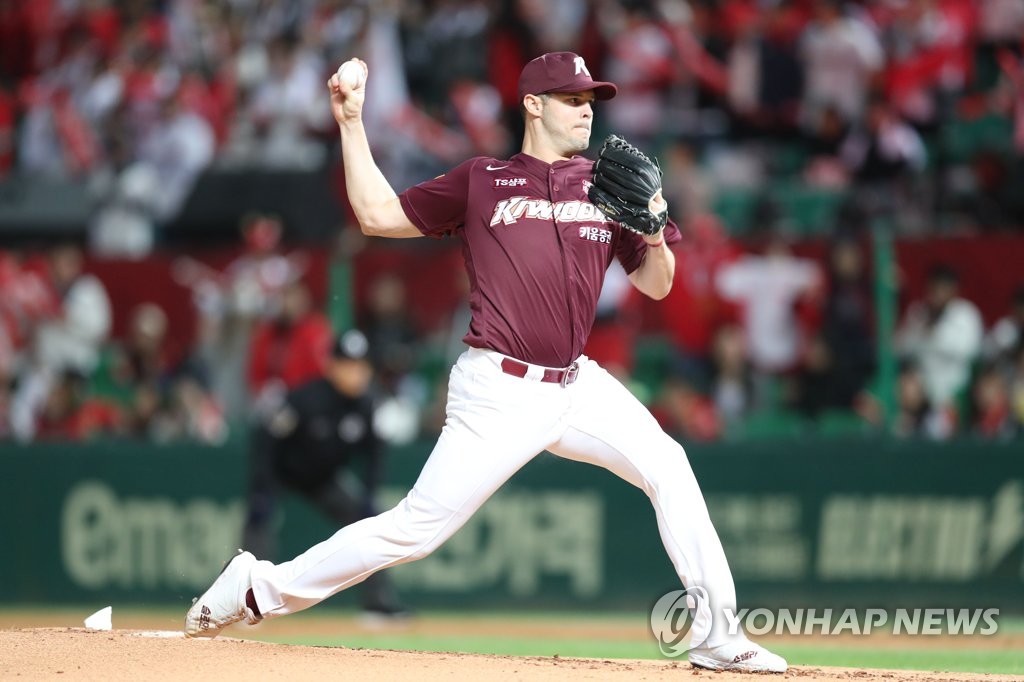 The Heroes, runners-up to the Doosan Bears in this year's Korean Series, have retained both of their foreign pitchers from the 2019 season. They re-signed left-hander Eric Jokisch for his second season on Nov. 22.

KBO teams can carry up to three foreign players, with a maximum of two pitchers. The Heroes are trying to bring back slugging outfielder Jerry Sands, who knocked in a KBO-high 113 runs in 2019.