SEOUL, Dec. 9 (Yonhap) -- Tensions between the United States and North Korea are creeping toward a perilous point, with the communist regime conducting an unsettling military test and President Donald Trump warning its leader could lose "everything" with hostile acts.

The North said Sunday that it carried out a "very important" test at the Sohae satellite launching station in its northwest, the site of past long-range rocket experiments, the previous day, and that the test will help change the "strategic position" in the near future.

The test, possibly a rocket engine experiment, stoked fears that the North would launch an intercontinental ballistic missile (ICBM) should the U.S. miss the year-end deadline leader Kim Jong-un has set for Washington to show flexibility in the nuclear negotiations.

An ICBM launch, which poses a direct threat to the continental U.S., could derail Trump's much-trumpeted personal diplomacy with the recalcitrant North Korean leader ahead of his full-fledged reelection campaign.

"The North has apparently signaled that the latest test at the satellite launch site could be a prelude to an ICBM test. It is quite surprising that the North is moving faster than I thought," said Park Won-gon, professor of international politics at Handong Global University.

"The ICBM test, should it take place, would see a reversion to the tense situation back in 2017. Trump may employ the maximum pressure tactics and tighten the screw on the sanctions front based on the rationale that he did make maximum diplomatic efforts," the professor added.

The ICBM test could bring to naught the nuclear diplomacy between Washington and Pyongyang, as Trump has regarded the North's self-imposed moratorium on nuclear and long-range rocket tests as one of his key foreign policy coups.

Trump has pushed for the diplomatic efforts despite criticism against the engagement with the dictator, noted particularly for his country's human rights abuses and concerns that Pyongyang could exploit the dialogue process to blunt the pain of global sanctions.

But the necessity of such efforts was highlighted by fears that the ICBM could put the U.S. mainland into range and that it could keep American forces at bay to undermine the credibility of the U.S. nuclear umbrella for Asian allies.

The North has already shown off its ICBM capabilities through a set of launches in 2017 though questions still linger over whether it mastered the critical atmospheric reentry technology that will allow a warhead to withstand extremely high temperatures during its reentry into the Earth's atmosphere.

Hours after the cryptic test at the west coast launch site, Trump tweeted a stern warning to fend off North Korean provocations. 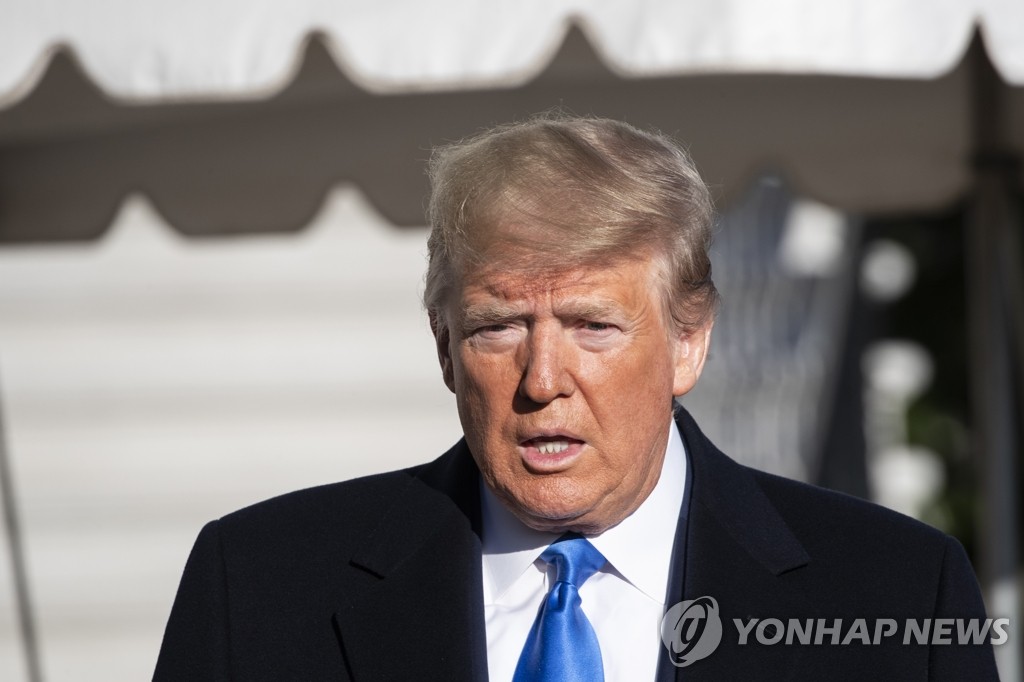 "Kim Jong Un is too smart and has far too much to lose, everything actually, if he acts in a hostile way," Trump wrote.

The warning came after the U.S. president revived the threat of military action as Pyongyang said that the year-end deadline is approaching, and that it is entirely up to Washington what "Christmas gift" it wants to get.

"Now we have the most powerful military we've ever had, and we're by far the most powerful country in the world," Trump told reporters during his trip to London to attend a meeting of North Atlantic Treaty Organization leaders on Tuesday last week.

North Korean First Vice Foreign Minister Choe Son-hui hit back, saying belittling leader Kim will be a "very dangerous challenge" if they were not made in error.

Pak Jong-chon, chief of the General Staff of the North's Korean People's Army, also warned that Pyongyang will take "prompt corresponding action at any level" if the U.S. uses force against the North.

Experts voiced growing concerns about a recent escalation of tensions between the U.S. and the North.

"This is very ominous, and I am quite concerned that 2020 may reach the high temperatures of 2017 ... with no diplomatic off-ramp," Vipin Narang, a political science professor at the Massachusetts Institute of Technology, said in a tweet.

Nuclear negotiations have been stalled as Washington and Pyongyang remain far apart over the scope of the North's denuclearization steps and what should be given in return.

The two sides held their last working-level nuclear talks in Sweden in October but achieved no progress, with Pyongyang accusing Washington of having come to the negotiation table "empty-handed."

Some analysts still remain hopeful that the North may not opt to upend the dialogue process with rash provocations, given that it is aware of diplomatic opportunities created by Trump's unorthodox brand of foreign policy and South Korean President Moon Jae-in's peace drive.

They also pointed out that the friction between Washington and Pyongyang once again put to the test Moon's diplomacy and intermediary role.