Japan is set to submit the resolution soon to call for a peaceful running of next year's Tokyo Olympics and Paralympics by ensuring a "halt to all hostilities, allowing the safe passage and participation of athletes and spectators" for the upcoming games.

In the resolution, Japan is expected to express appreciation for global support following the 2011 earthquake, tsunami and the ensuing Fukushima nuclear crisis, and say it will work toward enhancing trilateral partnership in sports and beyond with South Korea and China, according to Japanese media.

"It would have been nice if the resolution included detailed measures about peace in Northeast Asia," the minister said during a lecture in Gongju, 160 kilometers south of Seoul, adding that he hopes the games play a role in establishing lasting peace in the region.

The Tokyo games, scheduled to take place from July 24 to Aug. 9, will be the second of three consecutive Olympic games to be held in Asia, following the one held in PyeongChang, South Korea, last year. Beijing will host the 2022 Winter Olympics.

In an interview with the Washington Post last month, the minister suggested that the United States and North Korea consider an "Olympic armistice" in which the North suspends its missile tests and the U.S. suspends joint military exercises with South Korea.

Tensions on the Korean Peninsula, however, have only been escalating since then, with the North conducting what it called a "very important test" at its western satellite launching site over the weekend and U.S. President Donald Trump warning that North Korean leader Kim Jong-un could lose "everything" if he acts in a hostile way. 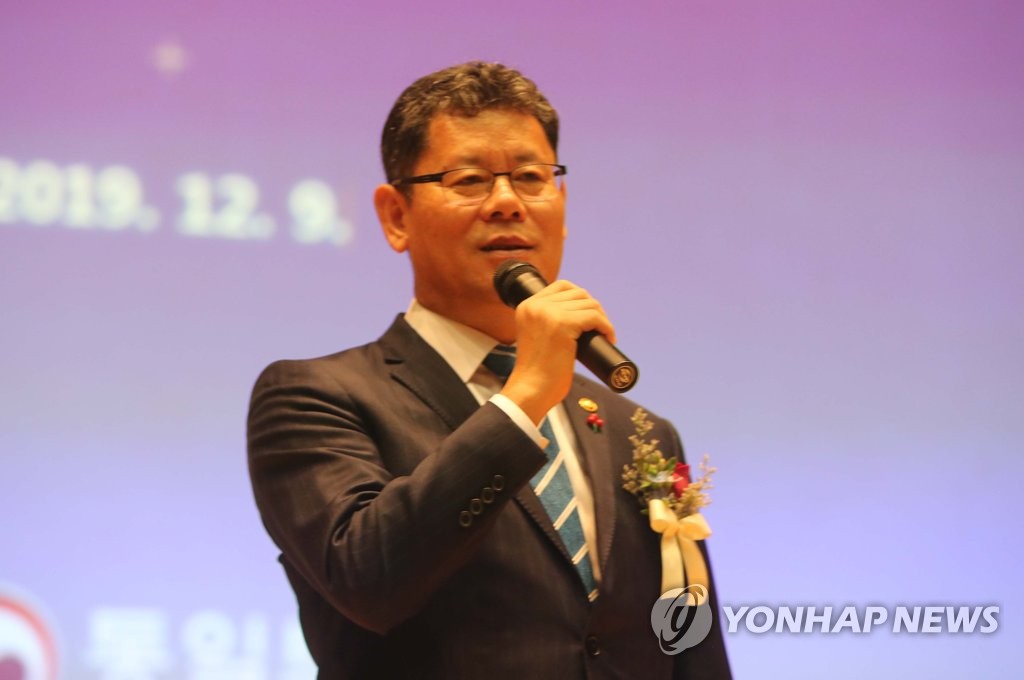