SEOUL, Dec. 9 (Yonhap) -- South Korean star actor Hyun Bin said Monday that he will play a brighter and more cheerful character than his roles in previous works in the upcoming highly anticipated TV drama "Crash Landing On You."

"In recent years, I've mostly played characters who fiercely struggle to achieve their goals," the actor said in a press conference for the drama in Seoul. "I've wanted to act in a lighter and more casual drama, and finally met this one. I'm pleasantly working on it."

Hyun, who has a number of smash-hit dramas like "Secret Garden" (2010) and "Memories of the Alhambra" (2018) in his filmography, will act in the role of a strict and taciturn North Korean soldier, Lee Jung-hyeok, in "Crash Landing on You," a romantic comedy scheduled to premiere on tvN on Saturday. 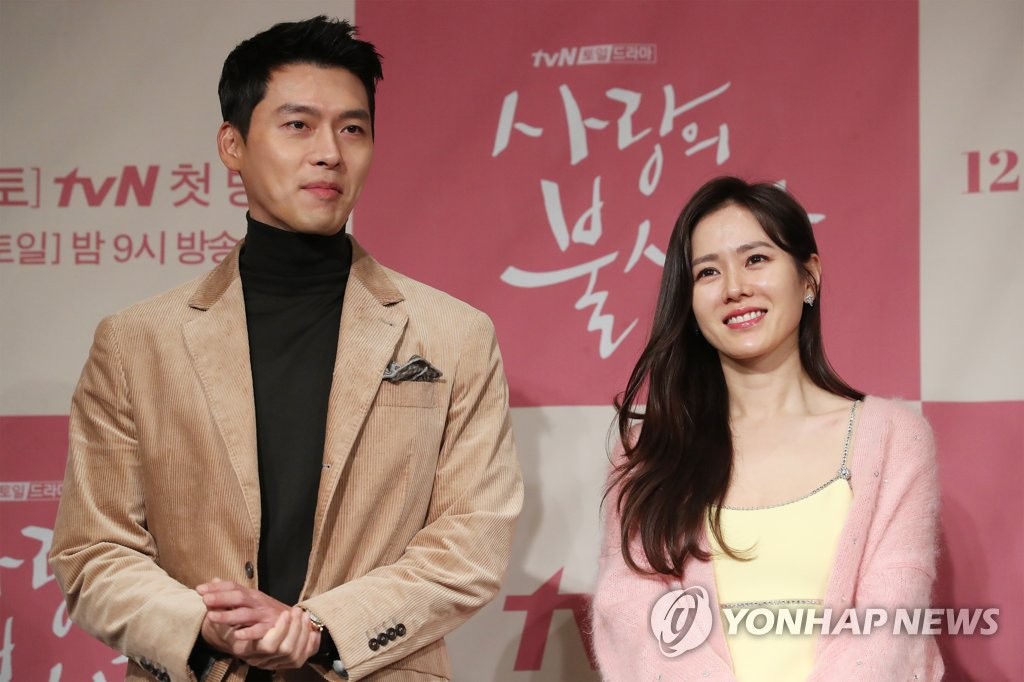 It is the second time the 37-year-old actor has taken the role of a North Korean following the action film "The Confidential Assignment" (2017). He played an officer of a North Korean special investigation team dispatched to the South for a secret inter-Korean mission.

"It's very similar in the characteristics of military personnel, who should be grave and solemn, both in 'The Confidential Assignment' and 'Crash Landing on You,'" he said. "But in the new drama, it shows other sides of Jung-hyeok in his everyday life. He's innocent, unworldly and even clumsy sometimes."

Along with Hyun, romance queen Son Ye-jin completes the all-star cast of "Crash Landing On You," directed by Lee Jung-hyo, who previously worked on popular TV series such as "Romance is a Bonus Book" (2019) and "Life on Mars" (2018). The screenplay for the upcoming show was written by Park Ji-eun, who is famous for "My Love from the Star" (2014) and "Legend of the Blue Sea" (2016).

Son plays Yoo Se-ri, the heiress of a big-name fashion business in the South, who crash lands in North Korea and meets Jung-hyeok after she is swept away by a windstorm while paragliding.

"I think I'm very cheerful and airy, but people don't see me this way as I've played characters with some heavy or melodramatic images," she said. "Se-ri is very jaunty, positive and carefree. Now I've found the character that almost fits me."

"Crash Landing On You" has attracted media attention for months as it marks Hyun and Son's second collaboration after the action crime thriller "The Negotiation" last year. The two have been embroiled in rumors that they are dating since they co-starred in the film.

"In the film, there were few scenes that the two of us shot together," Hyun said. "After the movie, we both hoped to work together on a different piece."

The director said he has tried to present North Korea in "Crash Landing on You" as a dramatic setting providing an isolated space for the love story of Jung-hyeok and Se-ri.

"North Korea exists in the real world, but in the drama, it's just a space for the characters," the director Lee said. "For example, the two meet at the demilitarized zone, which is depicted as a fantasy place."

"Crash Landing On You" will be available simultaneously on Netflix from Saturday. 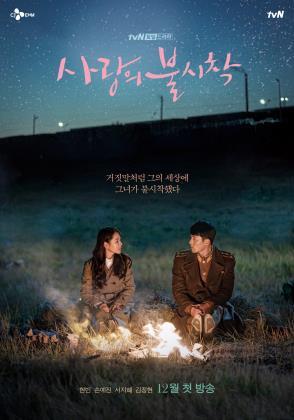