The executives were charged with ordering other employees to tamper with internal documents and actually taking part in the process since May last year, when probes into the accounting fraud allegations were imminent.

"Destroying and hiding evidence in a group-wide move regarding the accounting fraud case that was an issue the public took interest in is not a light crime," the court said. "The methods for concealment, which are difficult for an average person to imagine, also shocked society."

The court went on to stress that the country's biggest conglomerate should have acted in a transparent and fair manner.

"Most people (of South Korea) want to see Samsung, which has become a global company, to become the world's best company and contribute to the national economy. However, that growth will only be encouraged if it is done fairly according to law and procedure. If it is growth backed by foul play and cheating, it will not be endorsed."

Prosecutors had earlier demanded jail terms of up to four years for the indicted executives, citing the gravity of their charges. 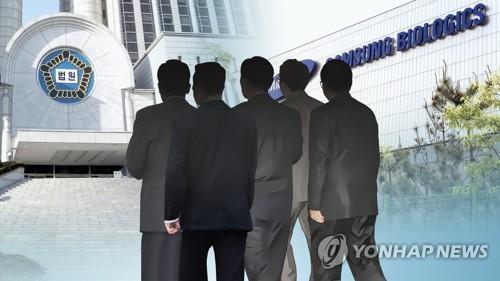