SEOUL, Dec. 9 (Yonhap) -- North Korea has nothing more to lose, a senior Pyongyang official said Monday, after U.S. President Donald Trump warned that the communist nation could lose everything if it engages in hostile acts.

Kim Yong-chol, a former North Korean nuclear negotiator, made the remarks in a statement carried by the North's Korean Central News Agency, stressing that the U.S. should think about how to keep the two countries from clashing, rather than spending time choosing warning expressions.

"There are so many things Trump doesn't know about the DPRK," Kim said, referring to the North's official name, the Democratic People's Republic of Korea. "We have nothing more to lose."

Trump issued the warning in a tweet on Sunday after North Korea announced it conducted a "very important" test at its satellite launch site over the weekend, deepening concerns Pyongyang could restart testing of an intercontinental ballistic missile.

The North's official said that the country has no willingness to reconsider "what we are going to do" because of what Trump said.

"This clearly shows how he is an old man that has lost patience," the official said, adding that the time might soon come for the North to call Trump a "deranged dotard" again.

"Dotard" is an expression North Korea used to ridicule Trump when the two sides exchanged threats and insults in 2017, with Trump belittling the North's leader Kim Jong-un as "little rocket man."

Still, the official said the North Korean leader has not yet used any harsh words against Trump, in an apparent effort to prevent the situation going to the worst.

"But if this (kind of situation) continues, I think our chairman's view on Trump could also change," the former nuclear negotiator said.

Kim Yong-chol also hinted at a possible military provocation by the North in the near future, saying that it would be regrettable if Trump was not surprised by the North's certain act that would be conducted with an intention to surprise him.

"If the U.S. has no courage and wisdom, it will just have to watch in regret the reality of security threat on the U.S. growing as time goes by," Kim Yong-chol said.

Trump and Kim held their first summit in Singapore in June 2018 and agreed to "work toward" complete denuclearization of the Korean Peninsula in exchange for U.S. security guarantees.

But little progress has been made since their second summit in Hanoi ended without a deal in February.

The two sides held their last working-level talks in Stockholm in October, but the meeting also broke down with Pyongyang accusing Washington of failing to come up with a new proposal.

Last week, Trump hinted that the U.S. will use military force against North Korea if necessary. The North responded angrily, saying it will take "prompt corresponding actions at any level" if the U.S. uses force against it. 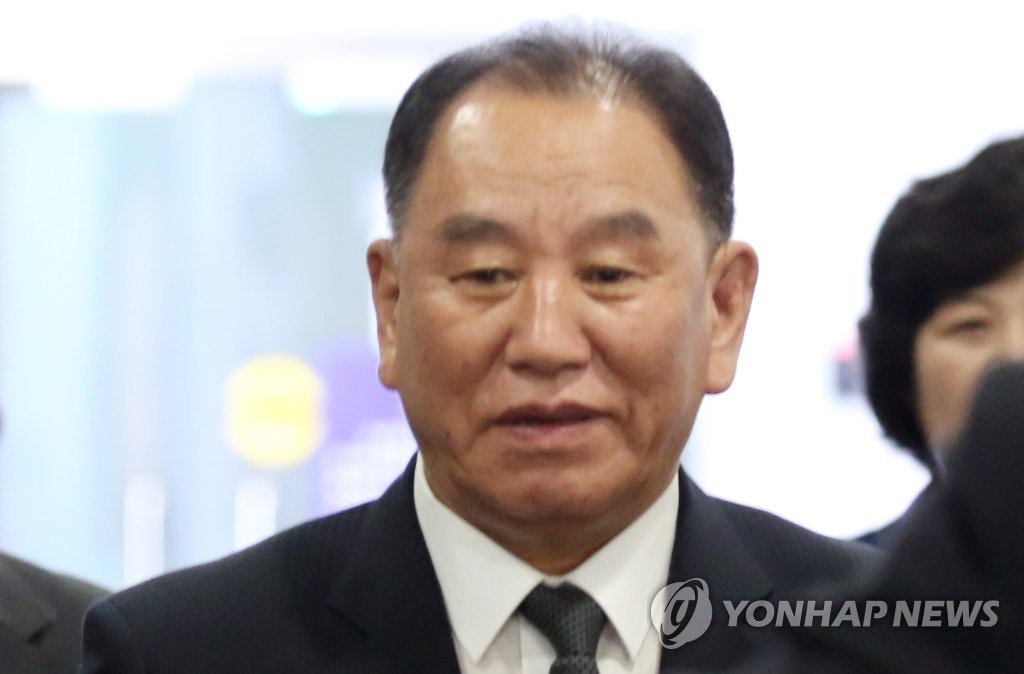 (LEAD) N. Korea blasts Trump's warning, says it has nothing more to lose

(LEAD) N. Korea blasts Trump's warning, says it has nothing more to lose