SEOUL, Dec. 9 (Yonhap) -- If this was indeed the last season in South Korea for American pitcher Josh Lindblom, he sure had a memorable finish to it.

Lindblom earned his second straight Golden Glove on Monday as the award season in the Korea Baseball Organization (KBO) wound down. Lindblom received 268 out of 347 votes from baseball writers, broadcasters and color commentators. 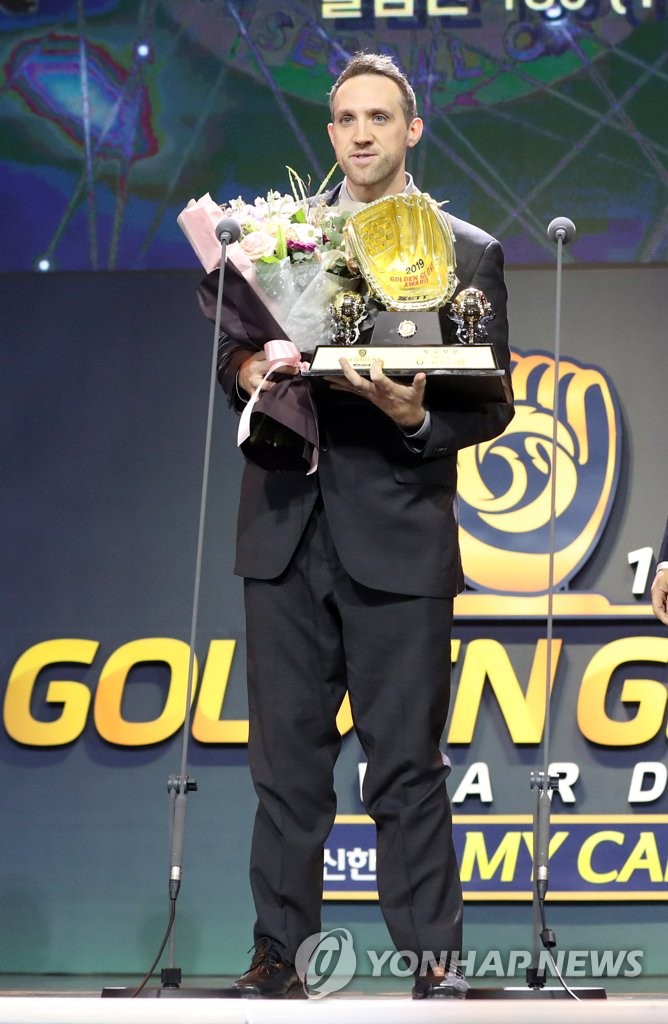 Lindblom finished second in ERA with 2.50, 0.21 behind Yang Hyeon-jong and falling one category shy of claiming the pitching Triple Crown.

Lindblom, 32, is a free agent after five seasons in the KBO, including the past two with the Bears, and he's eyeing a return to Major League Baseball (MLB) for next season. He has reportedly drawn interest from multiple big league clubs.

"It feels good to go out like this, having the season that I did," Lindblom said following the ceremony at COEX in Seoul. "I am just proud of the hard work and a lot of different things. I am thankful for the support people have given me."

The right-hander was drafted twice in the majors. He was first selected by the Houston Astros in the third round in 2005 out of high school, but chose to go to college instead. In 2008, the Los Angeles Dodgers picked Lindblom in the second round of the draft out of Purdue University.

Lindblom made his big league debut with the Los Angeles Dodgers in 2011 and ended up making 110 major league appearances with four clubs before joining the KBO's Lotte Giants for the 2015 season. 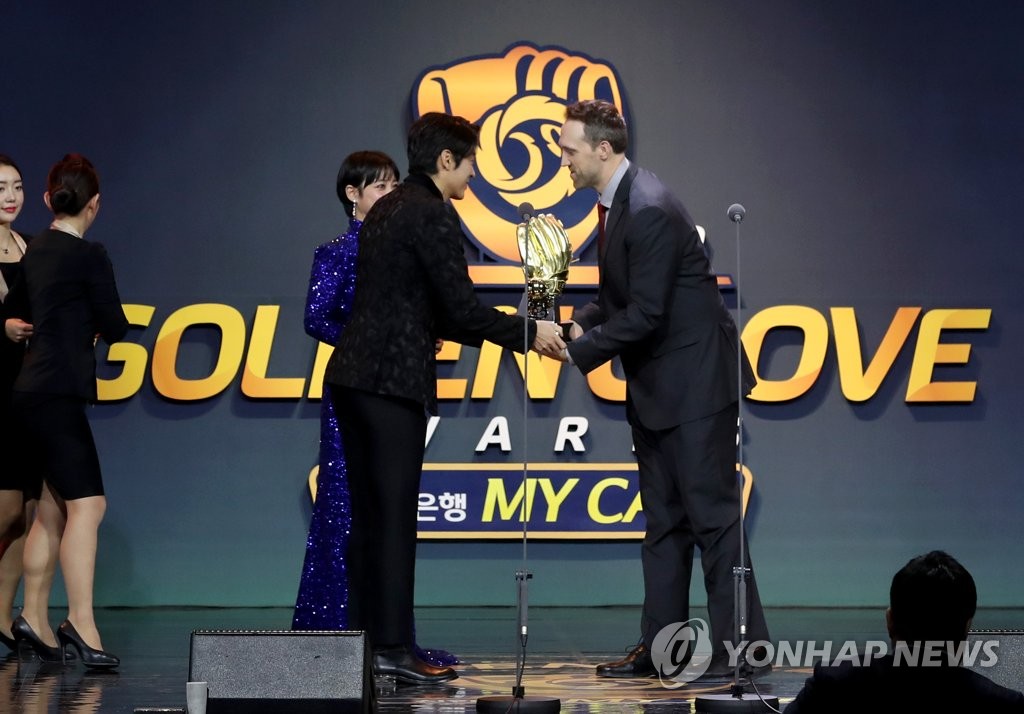 He returned to the big leagues briefly in 2017 and pitched in four games for the Pittsburgh Pirates. He rejoined the Giants in July that year.

Lindblom then signed with the Bears in December 2017 and enjoyed a dominant two-year stretch, going 35-7 with a 2.68 ERA in 56 starts.

"Awards like this, you can't win without your teammates," Lindblom continued. "A lot of the credit goes to them. The defense made plays behind me and the offense scored runs."

Lindblom said he had a mixed bag of emotions as he has likely hit the end of the KBO road.

"It's a weird feeling that it's the end here. It's been an amazing five years," he said. "But (I'm) also excited for what's to come. Definitely a lot of emotions."

Asked how he'd like to be remembered by KBO fans, Lindblom said he doesn't want baseball to define him.

"The awards are great but I tried to be a good person and tried to set an example for people," he said. "I think that, more so than anything, who I am as a person is what I want to be remembered for."