Cho is suspected of receiving kickbacks worth around 600 million won (US$503,778) from subcontractors and siphoning off some 200 million won from Hankook's affiliated companies, according to the prosecutors' office.

In January, the Seoul office of the National Tax Service filed a complaint with the prosecution requesting an investigation into suspicions that he may have evaded gift tax.

Prosecutors did not charge him with tax evasion but discovered borrowed-name bank accounts assumed to have been used by Cho during the probe.

Prosecutors believe that he may have used the accounts to appropriate company money and receive kickbacks.

Cho claimed that he had already made up for the embezzled funds, but a court issued an arrest warrant for him on Nov. 21, saying that his actions were grave.

Cho also serves as the chief operations officer at Hankook Technology Group, the holding company of the Hankook Tire group. He is a son-in-law of former President Lee Myung-bak. 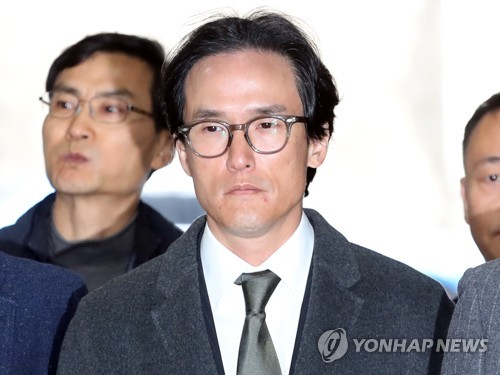