SEOUL, Dec. 10 (Yonhap) -- North Korea's official newspaper praised leader Kim Jong-un's yearlong drive for "self-reliance" on Tuesday in an apparent bid to tighten its internal consolidation in the face of escalating tensions with the United States.

The Rodong Sinmun highlighted Kim's achievements in diplomacy and military areas, in particular, as Pyongyang is intensifying pressure on Washington to come up with an acceptable proposal in their nuclear negotiations before the end of this year.

"Our dear supreme leader comrade has forged through a storm of grave revolution ... In that process, there was a tough train march to a faraway country," the paper said, referring to Kim's 60-hour-long train travel to Vietnam in February for his second summit with U.S. President Donald Trump.

"There have been outrageous schemes by hostile forces to bring us into the influence of their rule," the paper added. "It has been made clear further that independence and self-reliance are our life."

Kim and Trump held their first summit in June last year in Singapore, during which Pyongyang promised to work toward denuclearization in exchange for security guarantees and "new relations" between the two countries.

Denuclearization talks, however, have been stalled since their second summit in Vietnam in February collapsed as they remained far apart over how to match Pyongyang's denuclearization steps with Washington's concessions.

North Korea has set the end of this year as a deadline for the U.S. to come up with new acceptable proposals, saying that it could otherwise take a "new way."

The paper also praised Kim's achievements on advancing the country's self-defense military capabilities throughout this year, emphasizing the need to strengthen its military power to fight outside hostility.

"2019 demonstrates that a country without power and its own views has no choice but to accept the fate as it is when its national dignity and sovereignty right are violated," the paper said.

North Korea has conducted 13 rounds of short-term ballistic missile and projectile tests this year. On Saturday, the North conducted a "very important test" at its western satellite launching site, saying that its results will alter the country's "strategic position" in the near future.

Observers say that Saturday's test might have been an engine experiment for an intercontinental ballistic missile, spawning speculation the North might be preparing a test-fire of an ICBM, tests of which have been suspended since late 2017.

On Sunday, Trump warned that North Korea could lose "everything" if Kim acts in a hostile manner. North Korea slammed Trump a day later, with former nuclear negotiator Kim Yong-chol saying that Pyongyang has "nothing more to lose." 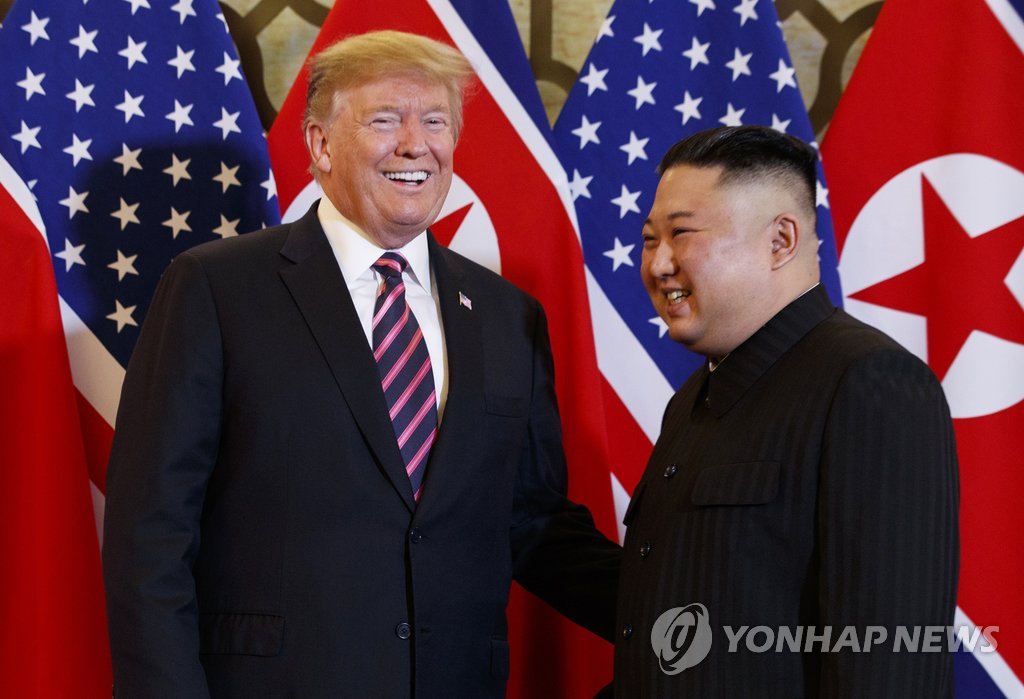