SEOUL, Dec. 10 (Yonhap) -- South Korea's parliament passed uncontested bills, including those on children safety, in its morning plenary session Tuesday, without reviewing the budget bill and other contentious bills on electoral and prosecution reform.

Among the 16 bills that were passed in the morning session were those on children's road safety.

The bills, each named after the two boys who died from safety accidents, are aimed at reinforcing road safety by mandating surveillance cameras in school zones to prevent speeding and installing safety facilities, such as signs in parking lots.

They also include clauses on heightening punishment of drivers who commit fatal accidents in school zones.

In a televised talk on Nov. 19, President Moon Jae-in had promised the parents of the victims to push for a swift passage of the bills. 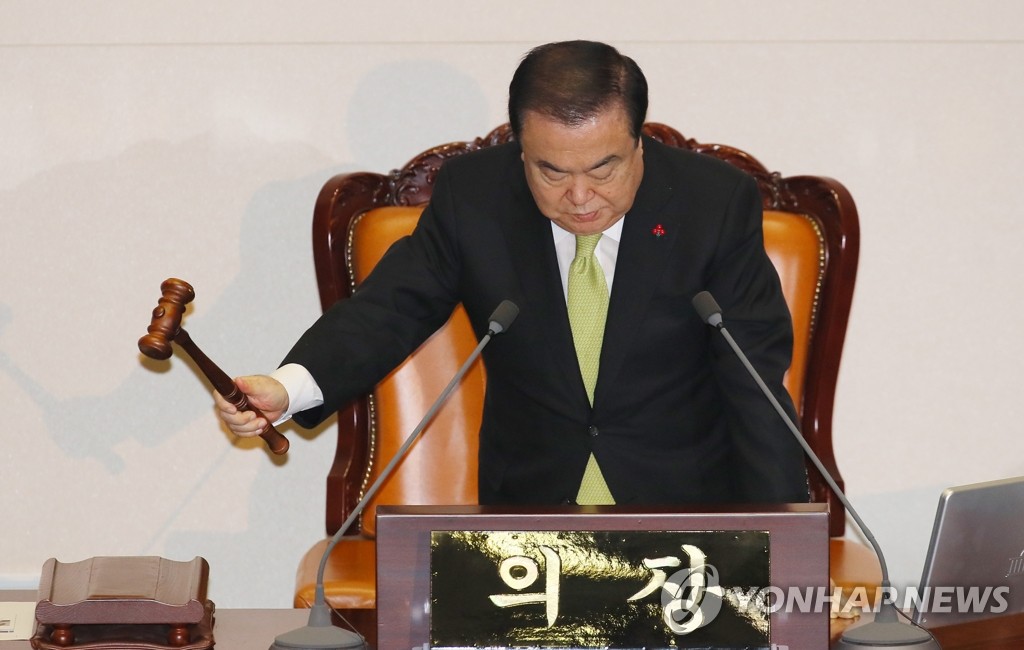 Also among the passed bills were those on electing a committee member of the National Human Rights Commission of Korea and extending the period of some military troops' overseas dispatch.

Under the passed bills, the anti-piracy Cheonghae unit, which has been operating off the coast of Somalia, and the Akh special forces unit that has helped train local troops in the UAE, will remain in their dispatched locations until the end of 2020.

The plenary session was scheduled to resume at 2 p.m.

Floor leaders of the ruling Democratic Party, main opposition Liberty Korea Party and minor opposition Bareunmirae Party convened at 1:36 p.m. in a meeting arranged by Moon to discuss their plans on the budget plan, as well as contested bills on electoral and prosecution reform.

During the afternoon session, the ruling party plans to put on the table next year's budget plan, in cooperation with Bareunmirae and three other minor parties. 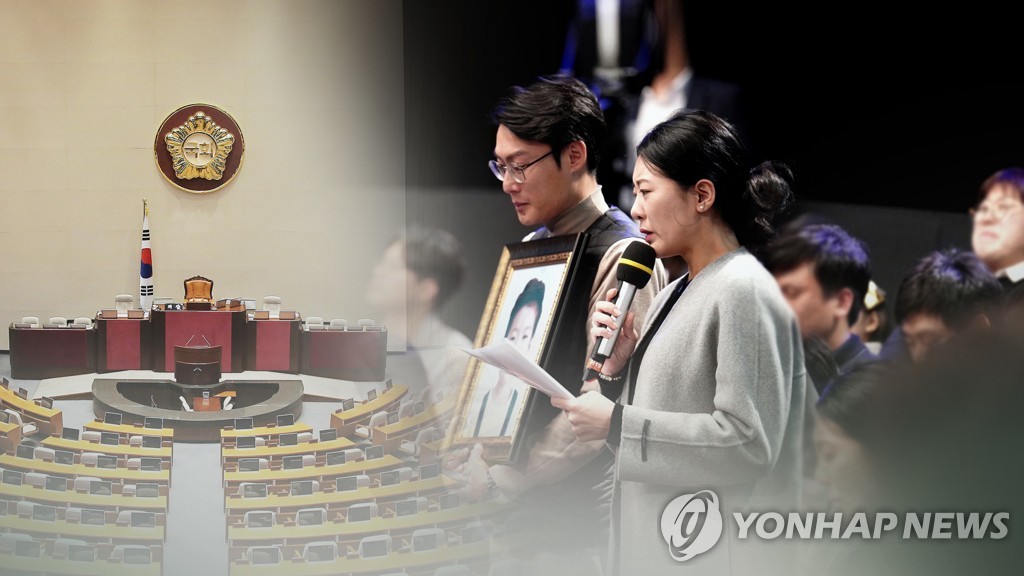